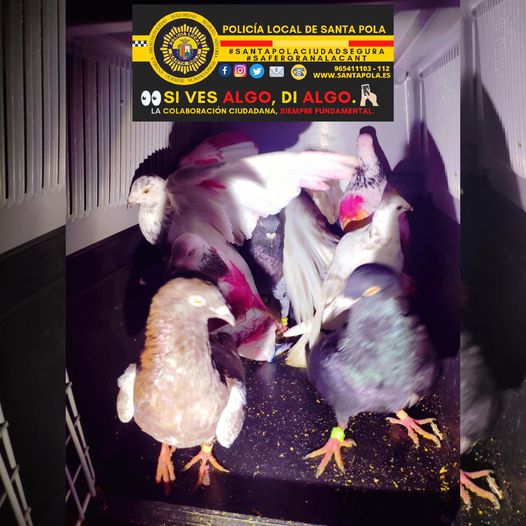 The Local Police in Santa Pola have arrested a group of people for breaking into a home and stealing an unusual collection of items.

A police patrol carrying out traffic control following a minor road traffic collision in the early hours of the morning on the outskirts of the town observed a vehicle in which they described the occupants as behaving “nervously”.

The officers stopped the vehicle to speak to the occupants and confirm their identity.

The police then noticed that the five occupants of the vehicle were accompanied by a group of birds, which they were unable to account for or confirm ownership of.

The investigations resulted in the officers ascertaining that the birds, some of which were valued at over 2,000 euro, were competition pigeons that had been stolen in a burglary.

The officers arrested the five occupants who are now being investigated to ascertain if they have been involved in similar thefts in the area previously reported.