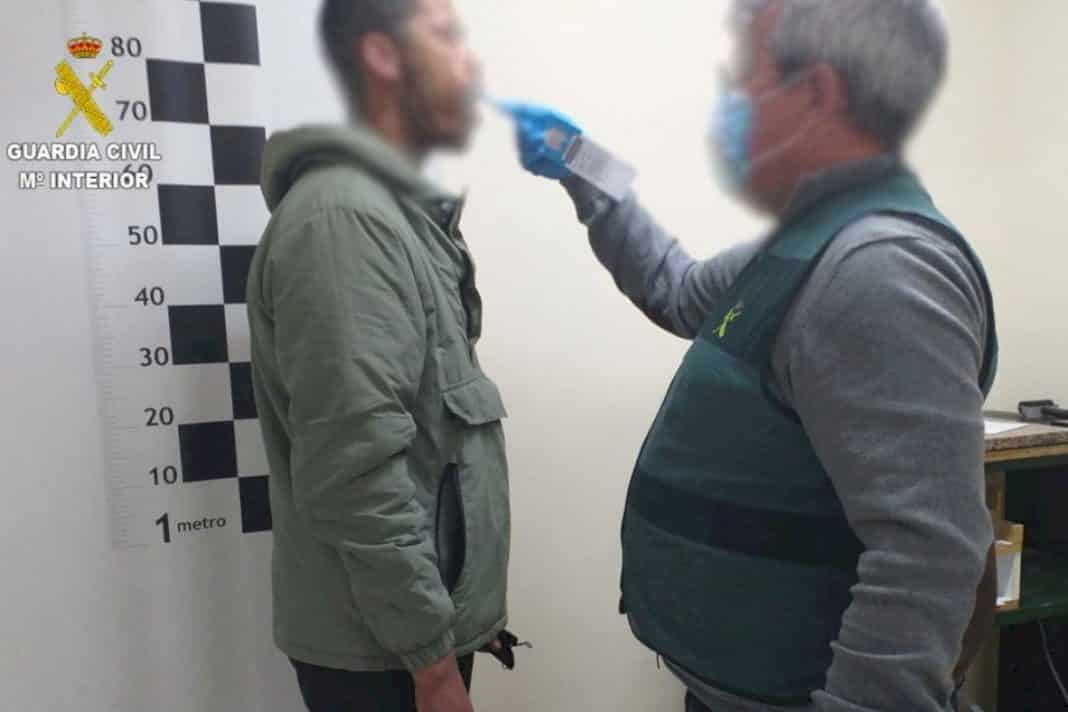 The Guardia Civil arrested a 36-year-old man of Moroccan nationality, for a crime of sexual assault in the town of Orihuela.

The arrest was successful thanks to help from the public, which allowed the rapid collection of data ensuring that the operation to be successfully resolved.

On 3 January, a man attacked a woman around 02:00 in the morning in Carcaixent. When the victim was returning to her home, the attacker forced her into a garage doorway to try to sexually assault her. Two passers-by heard the struggle and rushed to the scene, causing the assailant to flee.

A few minutes later, the attacker returned to the scene trying to locate his mobile phone, which he had lost during the attack. A witness to the assault offered to help him by dialling the perpetrator’s mobile phone. The phone rang under a car in the vicinity of the place. The assailant retrieved the phone and fled.

This witness provided the description of the suspect, as well as his mobile phone number, to the investigators. This allowed the rapid identification of the aggressor: a 36-year-old Moroccan man in an irregular situation who had only been in Spain for a short time.

It was found that the aggressor fled from his residence in Carcaixent hours after carrying out the attack. He was sheltering in various towns in the Vega Baja to try to avoid being located. Finally, on April 5, he was arrested in Orihuela for a crime of sexual assault, the related mobile phone being seized by the arresting officers.

The detainee was brought to justice in the Court of First Instance and Instruction number 2 of Orihuela.

34,500 British citizens living in Portugal are finding it...

A documentary film on Torrevieja that featured mayor Edward...