No major surprises in the first five day session of the Line Directa Valencian Bowls championships played out at La Marina and Greenlands Bowls Clubs last week, with both the Mixed Triples and the Mixed Pairs competitions progressing to the semi final stages.

However the triples competition will be celebrating new champions as the 2019 winners, skipped by John Smyth, fell in the quarter final to the Vistabella trio of Malden, Foulcer and Holland, in a match that could have gone either way. 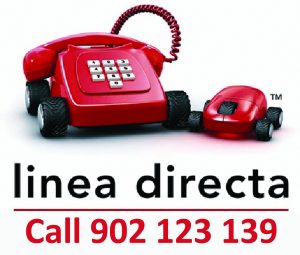 They will now meet Mallet, Jukes and Richardson of Country Bowls in the semi final while the second semi will see the Vistabella team led by Gary Thorpe attempt to overcome Pooley, Miles and Bosworth of the Emerald Isle.

In the Mixed Pairs competition, held last in 2016 when Carol Broomfield and Jason Prokopowycz were the victors, the tournament is also at the semi final stage despite rain all day Friday.

Andy Miles/Peta Rhodes of the Emerald Isle and Charlie Watkins/Lin Watkins of VistaBella progressed to the semi finals at Greenlands on Sunday morning while John Smyth/Caroline Smyth of Emerald Isle and Tom Spencer/Margaret McLaughlin of the home club were victorious in the two quarter finals held at La Marina Bowls Club.

Competition Secretary John O’Brien, declared himself satisfied with the way that the tournament had gone to date although he did say that week two, with the Men’s and Ladies Pairs and Singles Competition, would likely provide much more of a test.