There was another attempt to remove an ATM on Wednesday evening when robbers attempted to drive away with the cashpoint machine situated in the foyer of the Orenes Salon de Juego in Cabo Roig.

Local residents heard the disturbance just before 11pm as a white transit van mounted the pavement and repeatedly rammed into the metal shutters in front of the ATM.

A local resident told the Leader that he saw two men force open the shutter after which they dislodged the machine from its housing. As they were loading it into the van, however, they were interrupted by the arrival of the Policia Locale.

The police said that the confinement of the public to their homes was used by the criminals to try to remove the ATM in a van without any witnesses.

It is understood that the cashpoint contained more than 25,000€ at the time of the robbery. 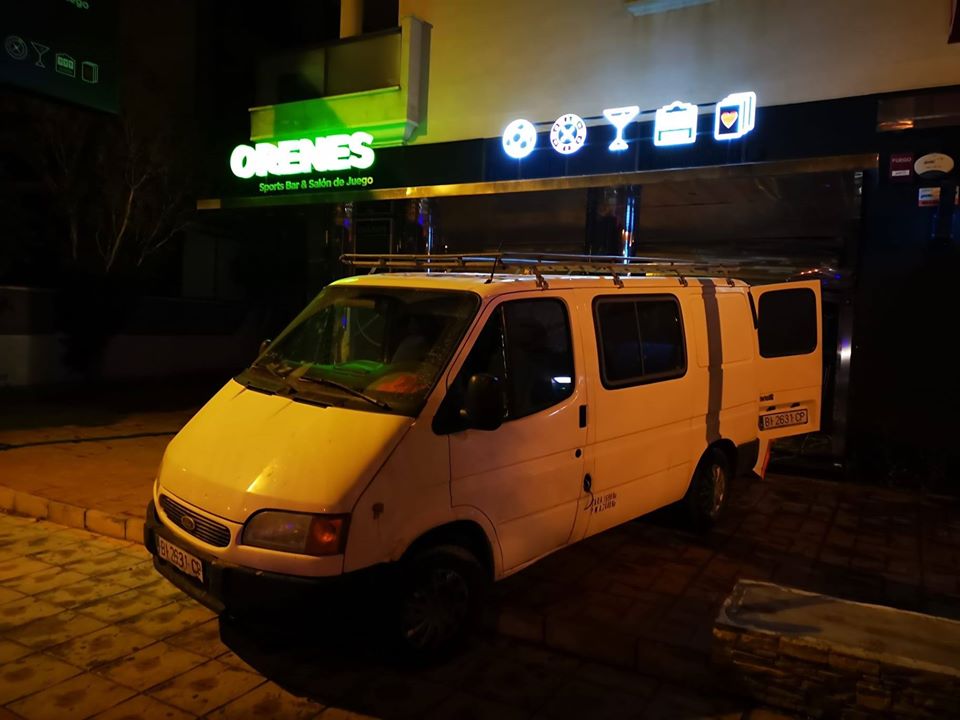 This is the second attempt at stealing an ATM in the local area within the last two weeks as earlier in the month a cash machine was ripped from the ground during the early hours in La Regia urbanisation, close to the Leroy Merlin Builders Merchants.

A police spokesman said that “with so many cashpoints situated on pavements and business lobbies across the whole region there will no doubt be more attempts to rob these machines in the future as people become increasingly desperate during the current lockdown.”