We all have to pay Plusvalia Tax (Tax on the Increment of Urban Land Value) to our local Council when we sell a property.

The Plusvalia Tax is calculated based on the cadastral value of the land, which has never stopped incrementing even though the value of urban land has diminished in the last few years. 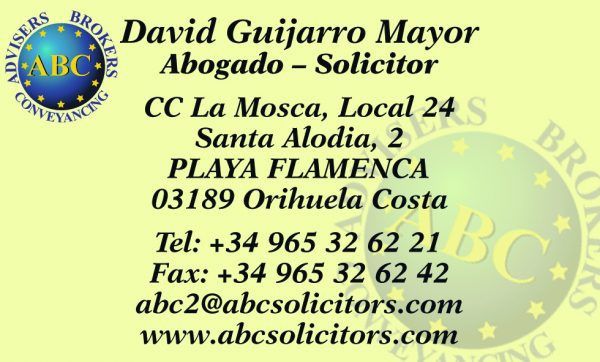 This means that many times this “increment” in value is fictitious and it does not correspond with reality.  During the last few years the value of the land not only has not increased, but in many instances it has actually decreased.

Unfortunately, this Tax is compulsory, so we need to pay it first and then, if we can prove that the land did not increase in value, we can claim it back from the Town Hall, or we can claim part of the excess.

If you have sold your property in the last 4 years or so and think that your Plusvalia Tax was too high, please do contact us.  The Legal Team at ABC SOLICITORS will review the Plusvalia Tax that you paid at the time and help you claim it back.

We look forward to hearing from you!