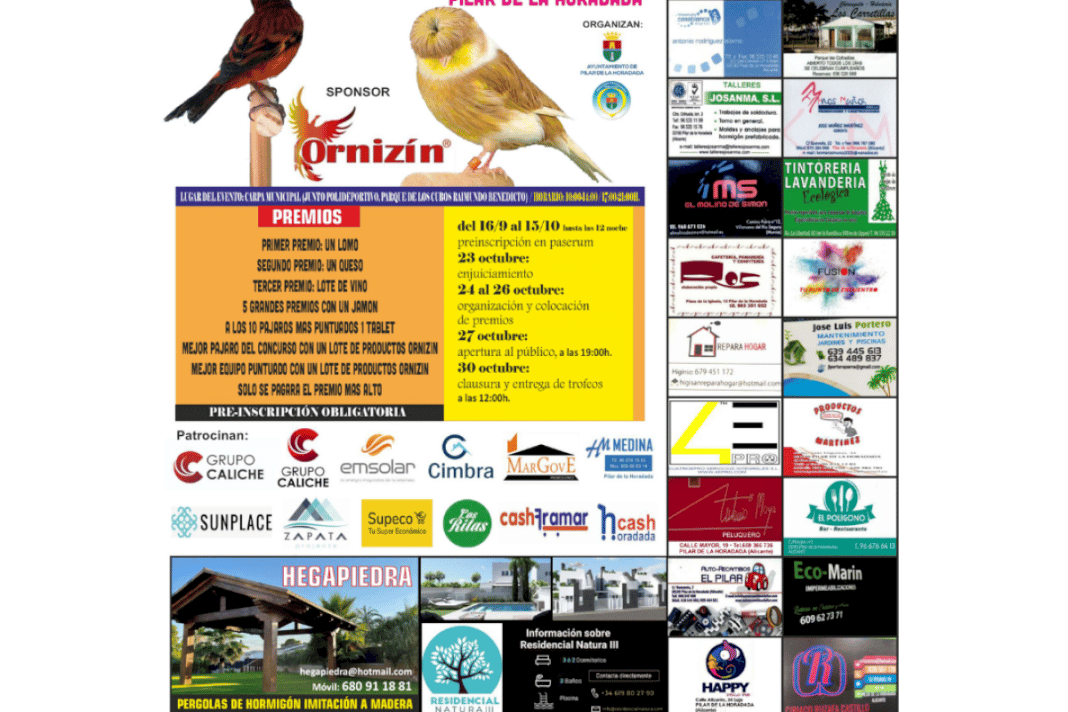 Known in popular circles as the ornithological contest par excellence in the area, the Murcian Regional Ornithology Championship will celebrate its eighth edition from October 21 to 30 in Pilar de la Horadada this year.

In announcing the event, the Councillor for Sports, José Antonio Martínez Delgado, said that he feels very proud because “it is the first time that Pilar de la Horadada hosts a regional championship in which the participation of some 3,000 bird specimens is expected”.

The president of the Ornithological Society of Horadada, Fabián Alcázar, who has been in office for 12 years, explained that “it is a dream to bring the Murcian region to Pilar de la Horadada, and a privilege to have the Murcian federation and the partners who are very involved in the organisation of the event”.

On October 21 and 22 there will be the reception, on the 23rd the trial with the assistance of 25 judges who will be in charge of making the assessments, on Thursday October 27th will be the inauguration at 7:00 p.m., and the exhibition will be open until day 30 that will be the closing and delivery of trophies at 12 noon. The exhibition hours are from 10 a.m. to 2 p.m. and from 5 p.m. to 9 p.m.

For his part, Benigno Mármol, president of the Murcian Regional Ornithological Federation, has shown his gratitude to Pilar de la Horadada because “it would be impossible to organise an event of these characteristics without institutional support.” The objective of the ornithological federation is “to bring together all the associations to promote the breeding in captivity of birds of all perfectly legalised species” and one of its missions is precisely to “promote the celebration of the championships so that it is known what we do”.