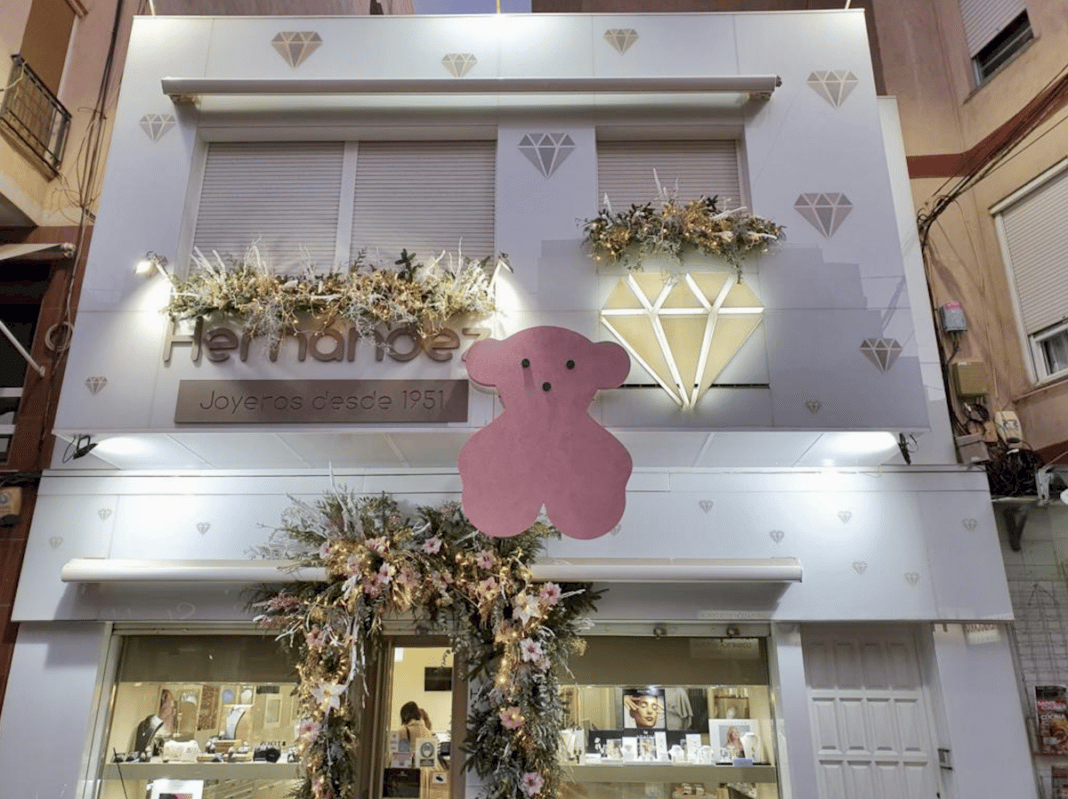 On Wednesday evening, a man wearing a cap and mask, carrying two large bags, entered the Joyería Hernández jewellery store, located on calle María Parodi in Torrevieja, and pulled a gun on the manager Marta Hernández and her employee, ordering them to open the drawers where the jewellery is displayed.

The employee recognised the man, who apparently had come to the jewellery store a few days earlier accompanied by his partner.

The thief, who had already emptied a large part of the chests of drawers, fled at full speed down Calle Pedro Lorca upon learning that he had been recognised.

Customers from nearby businesses came out in pursuit of him trying to stop the vehicle in which he was fleeing by placing containers, which he dodged, although in one of the collisions the number plate of the car was knocked off.

An investigation is now underway.

The store became more famous in Christmas of last year when it won the Torrevieja window dressing competition.