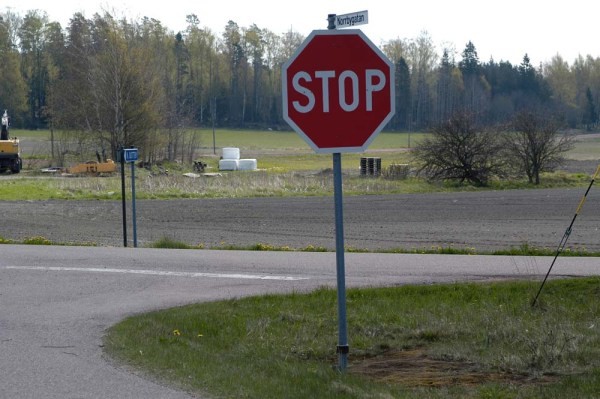 Failure to act correctly at a Stop sign will mean the loss of four points on the driver’s licence and a fine of 200 euro.

The DGT report that thousands of drivers do not pay attention to these signs and on many occasions, they systematically skip them. The DGT proved this on their official Twitter account recently, where they posted a one-and-a-half-minute video recorded by one of their drones, in which more than 20 vehicles failed to comply with the Stop signs when joining a conventional road.

On many occasions, the DGT says, drivers treat the sign as if it were the Ceda el Paso, or Give Way sign. Remember, at a Stop sign you must bring your vehicle to a stop completely, if riding a motorcycle, you must also put one foot firmly on the ground.

The purpose of the video was to remind drivers that the Stop sign is one of the most important in road safety and that it must be respected and not confused with a Give Way. After the publication, a number of users criticised the sign, saying that many Stop signs do not fulfil their function and that others are “unnecessary”, in locations where they should be replaced with a Give Way sign. However, whatever we may think of them, we cannot get away from the fact that Stop means STOP!

According to data provided by the DGT and Fundación Línea Directa, thousands of drivers violate Stop signs on a daily basis. It is an infraction that causes hundreds of collisions due to frontal impacts and, in 2018, there were more than 3,200 incidents with victims, of which 75 died due to them failing to stop at a Stop sign.