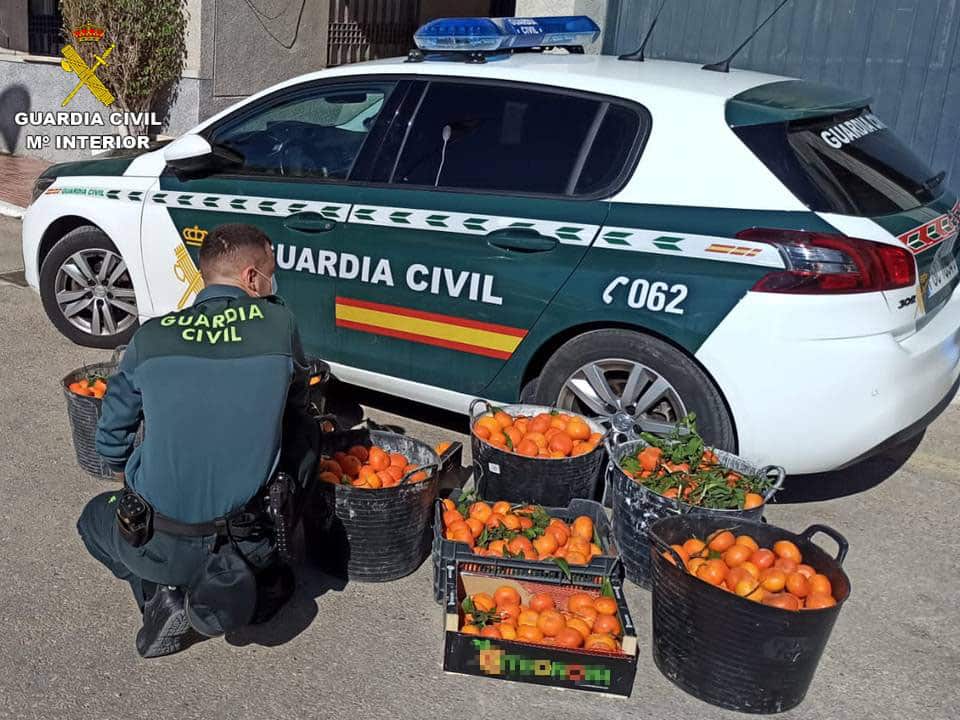 Within the framework of a specific plan against theft in agricultural and livestock farms, the Guardia Civil has investigated two people for allegedly stealing tangerines from a farm in the town of San Miguel de Salinas.

The officers from the Main Post of the Torrevieja Guardia Civil were carrying out a vehicle identification device on one of the access roads to Torrevieja, they found two people who were inside a car, along with various boxes and baskets containing tangerines of dubious origins.

After carrying out the pertinent checks and with the occupants of the vehicle not being able to prove the legitimate origin of the fruit, it was found that all the tangerines had been stolen minutes before from inside a farm in the town of San Miguel de Salinas.

The two suspects, one of Spanish nationality and the other of Cuban nationality, 48 and 30 years old respectively, were taken to the Guardia Civil offices for questioning about the alleged theft of more than 175 kilos of tangerines, valued in the current market at more than 500 euro.

After denouncing the facts and speaking with the agents, the owner of the farm selflessly decided that the acting agents would deliver all the recovered goods to a charity in the town of Torrevieja.

Those investigated along with the proceedings instructed, have been made available to the Torrevieja Courts.