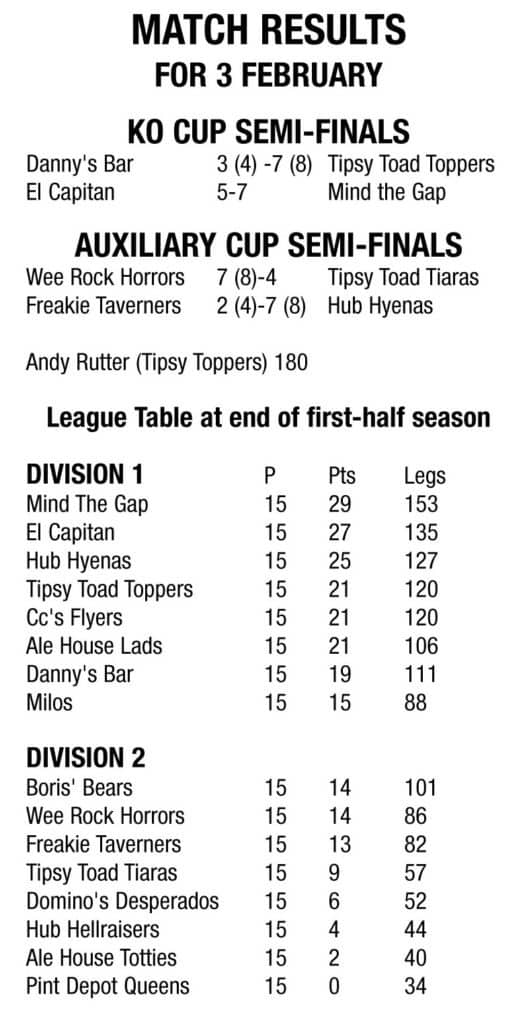 Lee Maiden’s D10 in the 5th singles was the Toad’s passport to K.O.Cup victory, where they will face Mind the Gap in the final. The Toad got off to a flyer via a 180 and D1 from Andy Rutter in the first, Dannys cancelling the lead with a D5 and a couple of tons from Steve Hodgett. Rutter 100, Maiden 121 and another D1 from Hugh Galloway restored Toad’s advantage. Alan Walker scored heavily with Lesley Lumb to take the 1st pairs, Steve Lumb 100, D2 adding a 3rd leg, despite a Rutter 140. Andy Gildea planted a D20 in the final pair for 3-3.

An abundance of decent scores from the Caps in the triples proved worthless, as the Gap raced to a 0-3 lead via Sam Salt 100, 125, D18, D2 and Bliss Wright D5. James Brown throwing a couple of tons for good measure.

The Horrors were ready and waiting for the Tiaras at host venue CC’s, practicing away in their neon yellow attire, surely a distraction tactic?  The lads took all the triples, courtesy of ex-Topper Graham Solomons (2 x 100, D4, 20-D10) and Adrian Coates (100, D4).  The Tiaras fought back hard in the pairs with Sharon Marshall and Elizabeth Cowan (92, 100, D5) taking the first from Solomons and Joe Cuyt, and then Simone de Lacy (81, 100) and Pat Schofield (D5) taking the second from super stars Coates and Billy Dolling.

Wendy Hayward and Sharon Crane (105) almost brought it to 3 apiece but Andy Forest and Tony Spiers (135, D18) just managed to put it to bed first. Tony (100, D1) and MOTM Billy (T20-D8) so very narrowly claimed the victory over Eliz and Pat to bring the score line to a tantalising 6-2 to the Horrors. but the Tiaras weren’t ready to slide just yet.  Lisa Ivill (95, 3-D14) made it all still possible and then Simone faced Adrian in a rematch of the shoot-out in the first half season.

Wee Rock enjoys an excellent throw and both sides made good use of the facility. Freakies nicking the 1st leg courtesy of John Boden 133,95, D1 and Sharon Frain 95. Mark Ellis 100, D16 squared the match and followed with a 140 in the 3rd, John Rodford 100,81, outing on D16. Sheelah Cooper 111 and Ernie Willis 100 answering for Freakies. 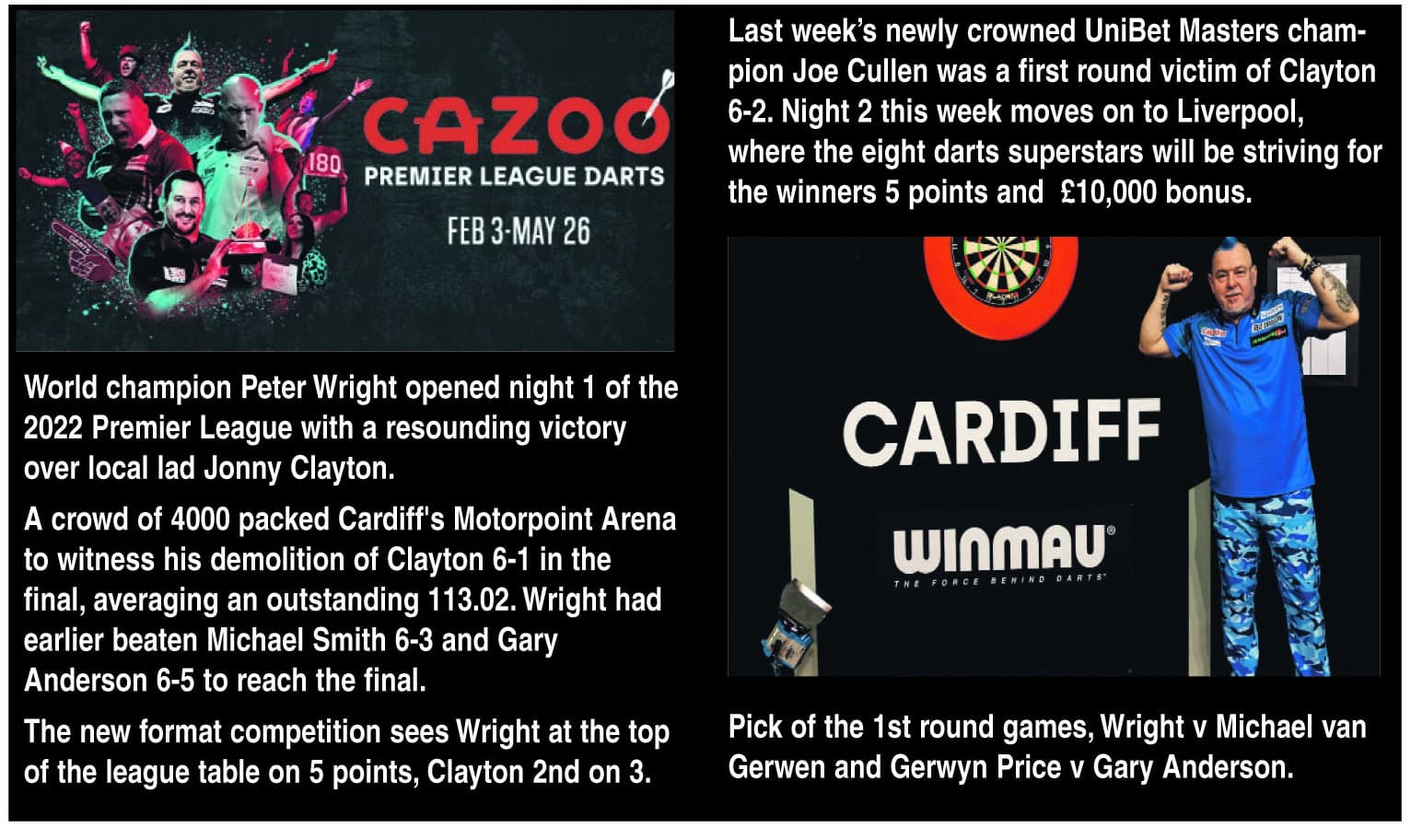