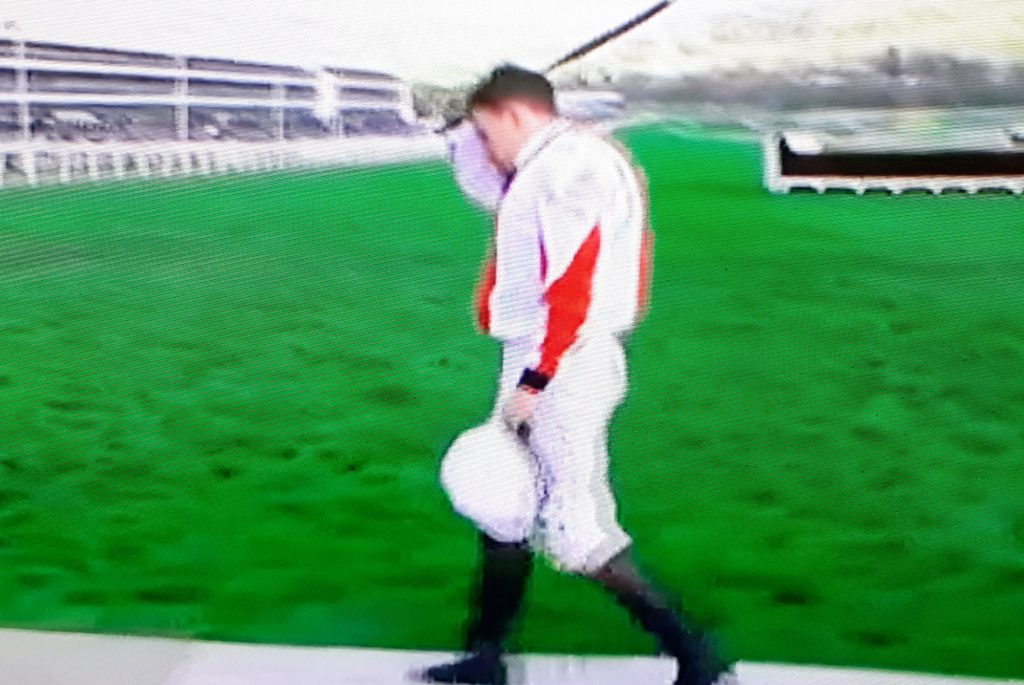 Goshen, ridden by Jamie Moore, was unseated at the last in the JCB Triumph Hurdle on day 4 of the Cheltenham Festival on (unlucky) March 13 – having been well clear of the field – and the race at his mercy.

Moore, distraught after the race, was up on 5-2 favourite Goshen – tipped – when unseated.

“It’s not the nicest way to win a race – I’ve been on the other end of that – I know what it feels like. We’ll take every bit of luck,” said Townend.