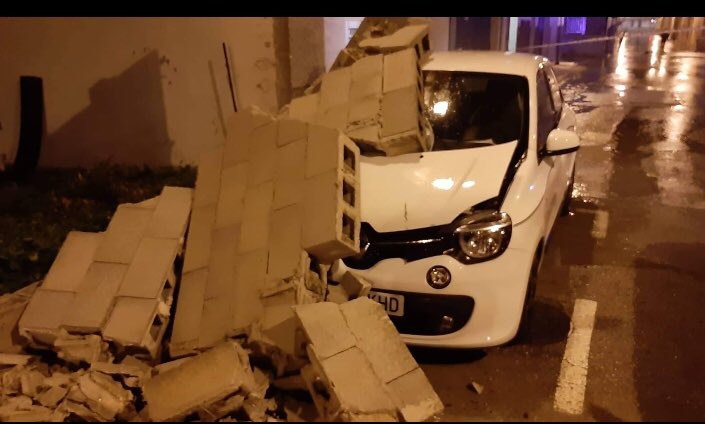 Four people have so far died, as Storm ‘Gloria’ passes over the Peninsula, bringing with it closures in dozens of roads and at Alicante airport as well as schools, because of heavy snowfall, rough seas and gale force winds.

The first victim of ‘Gloria’ was a 44-year-old man who lost his life Sunday morning in the municipality of Aller, near the winter resort of San Isidro (León), after being hit by a vehicle. At the time of the impact, the deceased was putting snow chains on his own vehicle.

In the afternoon, another 63-year-old man from Madrid died in Pedro Bernardo (Ávila) due to being hit on the head by a roof tile that had become dislodged by the wind. The incident occurred close to his property, where he was found by his friends after his wife called them to say she could not contact her husband by phone.

Yesterday morning, a 54-year-old Romanian woman died in Gandia as a result of hypothermia. She was sleeping ‘rough’ in the park of L’Estació, along with her husband. The pair had earlier refuses assistance from the town council which had been attempting for some time to bring them into social care.

Also in the Valencian Community, a man in his 70s has died in Moixent (Valencia), although the causes of his death are yet to be confirmed by the Department of Health, who say that we will have to wait for an autopsy.

The Generalitat Emergency Service 112 had received a call stating that there was a person collapsed in an area difficult to access due to the adverse weather.  They were able to attend the man with assistance from the Guardia Civil and although he was transferred to a local health centre nothing could be done to save his life.