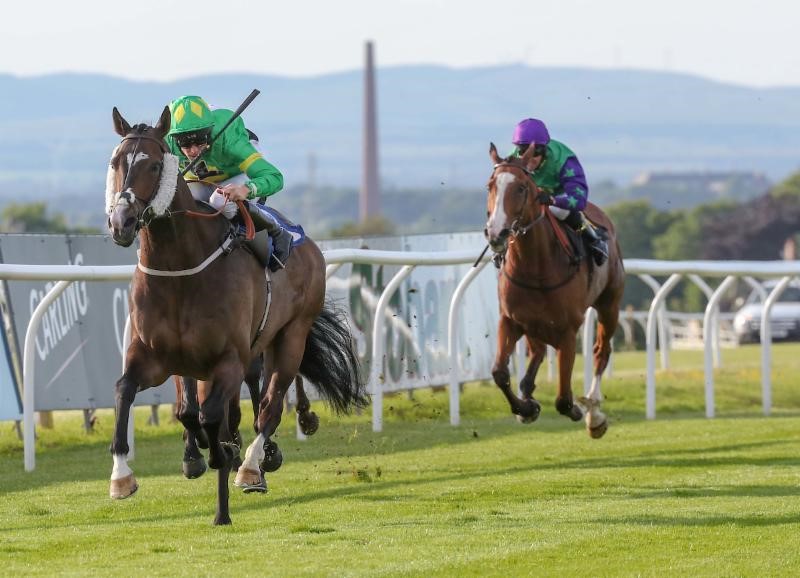 Kelly’s Dino, trained by Karl Burke, is said to be in fine fettle, with the main aim the Ebor at York, but Haydock’s £100,000 Old Newton Cup dangling carrot is worthy of a nibble.

“Kelly’s Dino is in good form. It was a good run at Ayr, where we were hoping he would win and get a penalty to get into the bet365 Trophy at Newmarket’s July Meeting.

“Our ultimate aim is to get him into the Ebor at York – as we feel he is probably better over a bit a further nowadays.

“Having said all that, the bet365 Old Newton Cup is a very good prize to go for and hopefully a good run will see him rated high enough to get into the Ebor.

“He has relatively few miles on the clock for a six-year-old, as he was on the sidelines with injury as a three-year-old and a four-year-old.

“The wind operation he underwent before Ayr has definitely helped him, and we are hoping he is a horse we can now enjoy for the next couple of seasons.

“As you would expect for a £100,000 race, the Old Newton Cup is a very competitive contest, but we are going there in good form and hopefully he can run a good race,” said trainer Burke.

Al Muffrih (8st 12lb) is saddled by the in-form pair of trainer William Haggas and jockey Danny Tudhope. The four-year-old son of Sea The Stars has won twice, including last time out under Tudhope, in the Zetland Gold Cup over 10 furlongs at Redcar in May.

The seven-year-old has also twice run well over the mile and a half Derby course at Epsom Downs, taking second to Soto Sizzler in the Great Metropolitan Handicap in April and third last time out behind the same rival in a valuable handicap on Derby Day, June 1.

“Eddystone Rock is a very consistent horse, who has always run his race for us since we got him.

“He has run well twice at Epsom this season, but I don’t think it is a track that suits him that well as he doesn’t really come down the hill.

“The Old Newton Cup is obviously going to be a very tough race as you would expect, but I think we are going there with a decent each-way chance, ” said trainer Best.

Godolphin is represented by Lucius Tiberius (Charlie Appleby/Brett Doyle, 9st 2lb, 10/1), fourth in the G2 Prix d’Harcourt at Longchamp, France, in May.

Cheshire-based Tom Dascombe is the leading trainer on the Flat at Haydock Park over the past five seasons and is represented by Epaulement (Richard Kingscote, 8st 13lb, 12/1).

The bet365 Old Newton Cup, which evolved from the Newton Gold Cup first run in 1807, represents one of the last tangible links with the old racecourse on Newton Common.

The duo met last time out in the G3 Bronte Cup over a mile and three-quarters at York on May 25, when Dramatic Queen came out on top, by half a length.

Haggas also saddles Klassique (Danny Tudhope, 7/2), who landed the G3 Pinnacle Stakes over the course and distance on heavy ground on June 8.

Arctic Fox (Richard Fahey/Paddy Mathers, 9st, 11/2), is on a four-timer, following a win at Newmarket and two successes at York.