The LeaderPutting YOU at the Heart of the Community
Sign in / Join
Subscribe
Home Editor Picks THE KAMIKAZE KID (AKA Prince Harry, Seventh in line to the throne). 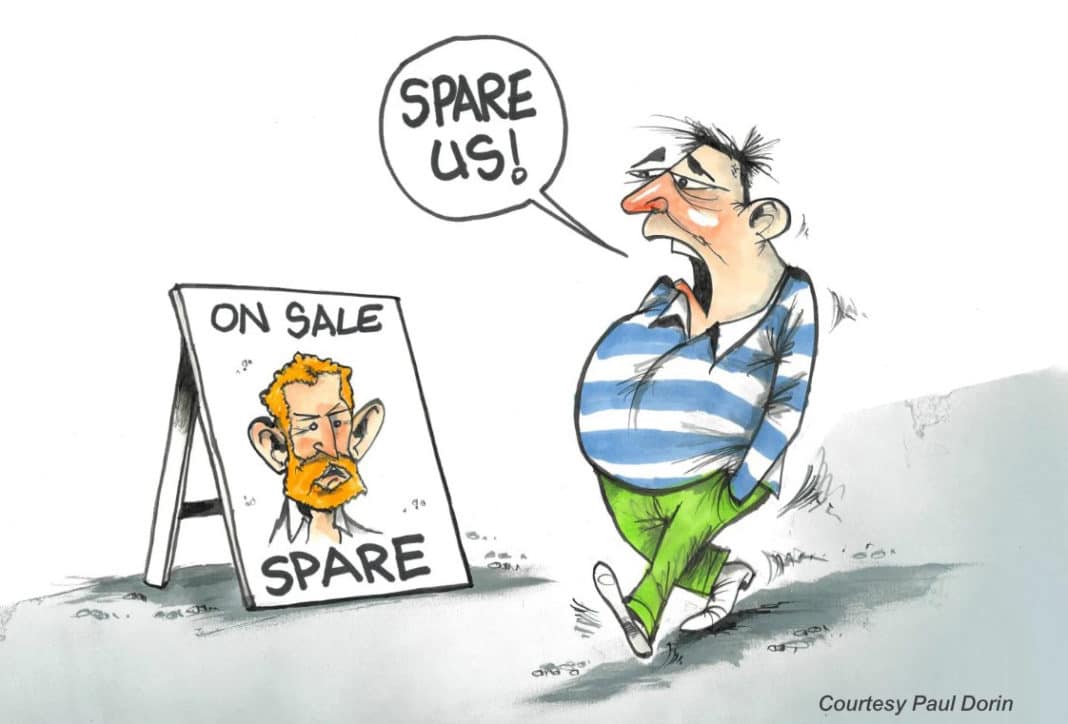 Harry, what have you done? I think you’ve spectacularly blown it now! After Ms Meghan’s misgivings gave grave cause for concern, you have now quickly picked up the baton – and really ruined everything. First Oprah Winfrey, then the Netflix noughties, but now the explosive book and the in-depth interviews, British and American versions in case anything important was missed.

I may have missed someone or something out, easily done in this brouhaha, but in no particular order you have deeply upset your father, his wife, your brother and his wife, your family, half the nation – oh, and the Taliban. Well done son (or should that be the Spare son), that takes some doing.

But really, after all, you have proved you are your mother’s son. You seem hell-bent on avenging her by continuing the sensational soap opera that was Diana’s life right up until her unfortunate death twenty-five years ago.

The book and the interviews show starkly how tragically her early death has marked Prince Harry’s young life, but anyone with any British common sense would advise NOT to take on the tabloid press, you will always lose. Meghan did exactly that on the ‘lettergate incident’ concerning her father, where she won a pyrrhic battle and of course soon lost the war.

The knives went in and her character and life was exploited and revealed for every Tom, Dick and Harriet to consider. Harry of all people should have told her that this was a hopeless, dangerous battle she could never win.

I’m almost the same age as King Charles and have grown up calling him names that rhyme with banker, and beseeching my family to tell me that I don’t look and act like him. But now he has actually finally made it after his Mum’s passing it seems to me he needs his youngest son’s current antics like a hole in his about-to-be-crowned head.

Poor Charles, with the love of his life Camilla also mentioned in despatches of the unfortunate sort – the Pantomime Poisoned Step-Mother role was there after all, just when we thought she had dodged the arsey one’s bitter bullets.

Bullets? Shooting? The Army? Oh dear, it ain’t half hot Mum now.  I’m a loyal ex-serviceman with respect for the monarchy, particularly Her late Majesty. But not content with (we thought) also honourably serving his Queen and Granny and country, Hapless Harry has fired everyone up with not only admitting he shot to kill in Afghanistan, but managed it successfully 25 times.

With modern technology he could even look back on the replays, like a Play Station game but with real lives – and deaths. Surprise! The Taliban immediately picked up on it and reacted very badly as you would expect. Ever thought about the repercussions of that for your family Harold? Hope you’re all hiding away with good security in the good ‘Ol USA where you have run away to, from everything you previously stood for.

Big brothers always beat up little brothers, don’t they? I know I did. That’s what they’re for, isn’t it, especially when they start wearing necklaces. Harry’s elder sibling is destined to be king, and as such has tremendous pressure on his Royal shoulders. From where I’m sitting he’s not doing a bad job either, apart from the fact that he supports Aston Villa – that’s nearly as bad as being a Liverpool fan. I sympathise – no, the in-word is empathise with Kate in trying, with difficulty, to get on with an ambitious American actress with a past, one who’s trying to badly act as if she hasn’t got one. Meghan thinks she’s won first prize and in a way she has – but in the wrong contest (see Jeremy Clarkson).

I hesitate to mention the 38 year old elephant in the room, but maybe this is the time. Is Harry a real Windsor? He doesn’t look like one, against his brother the differences are enormous. William looks the DNA of a Windsor: hair or lack of it, face, build, actions that easily mark him out as a future king in the accustomed line.

But ever since the birth of Harry there have been uncomfortable rumours emerging – and we all know his mother was no saint fidelity-wise in her marriage. Of course she had cause, but by giving birth to a son who looks nothing like her husband or her elder son you cannot blame people for leaping to conclusions (new Olympic sport by the way). The unmistakeable fact that the man bears a strong resemblance to an ex-lover of Diana’s further deepens suspicions as to who the man’s father really is

In summary, I was a supporter of Harry – but I am not now. I believe his ginger, bearded head has been swayed by his wife, and she has encouraged him all the way to take opposition to his family (The British Royal family) and all he previously stood for.

Just where he goes from here no-one knows.

Anyone remember a certain near relative of his taking the law of his dodgy position in life into his own hands and recording an interview in Buckingham Palace to explain his side of the situation? That didn’t turn out well either, and you would have thought nephew Harry might just have watched, listened and learned. But it would appear not!