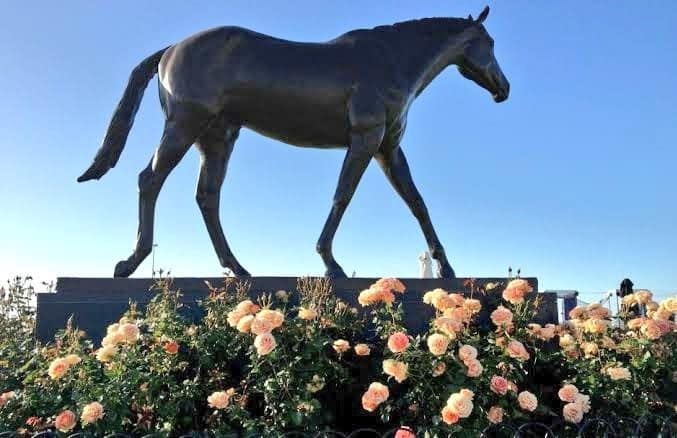 A bit of a stir was caused on Tuesday 2nd August as the ‘blueprint’ was released for the upcoming spring racing season in Australia. The first round of nominations saw 186 names shortlisted for the 2022 Melbourne Cup, 169 for the Caulfield Cup, and a further 135 for the W.S Cox Plate. The announcement signifies the start of the spring campaign, which tends to build in momentum across September and October before climaxing in November.

While there were may interesting names on the lists, which will, of course, be whittled down in the coming months, we should probably start with those that won’t be there. 2021 Melbourne Cup winner Verry Elleegant is absent, as the mare is set to have a crack at some European silverware, notably the Arc, in the coming months. But while Verry Elleegant’s omission was expected, there was mild shock at the absence of both New London and Kyrpios. The latter, in particular, was prominent in the markets with betting brands like Bet365 Australia.

O’Briens are aiming for more glory in Australia

Within the 186 runners nominated for the Melbourne Cup, 43 are international. That’s up from just 15 at the same point last year. Joseph O’Brien (10), who won ‘the race that stops a nation’ in 2017 (Rekindling) and 2020 (Twilight Payment) brings almost a quarter of the international contingent, whereas his father, Aidan, brings six.

It’s very early days, but the betting markets have clumped about six horses together at the top of the odds, mostly consisting of home team fancies: Duais, Loft, Spanish Mission, Hoo Ya Mal, Deauville Legend and Grand Alliance have the most exposure with bookmakers, although several of the O’Briens’ horses are well placed in the markets. Changingoftheguard, who looked a decent prospect when winning the King Edward VII Stakes for Aidan O’Brien at Royal Ascot in June.

Nominations for the Caulfield Cup tend to be very similar to the Melbourne Cup, as many owners will attempt to do the double, or at least keep their options open. The vast majority of AUS/NZ entrants are the same, so you’ll find the shortfall usually comes from having fewer international runners.

There are 32 international runners listed for the 2022 Caulfield Cup, 11 fewer than the 43 for the Melbourne Cup. As you might expect, there is some symmetry with the betting markets between the two races, with the likes of Duais heading the markets with some bookmakers. But others, like Montefilia and Nonconformist, are given more of a chance than they have in the Melbourne Cup.

Cox Plate could serve up a fascinating battle

Perhaps the most interesting is the entries for the Cox Plate (22nd October), which serves as the middle event between the Caulfield Cup (15th October) and Melbourne Cup (1st November). While it has fewer entrants than the other events, it does have a clearer sense of identity. The formidable Zaaki and last year’s winner, State of Rest, head the betting, and there’s also room for Anamoe at the top of the markets, who was narrowly beaten by State of Rest in 2021.

The above is just a small taste of what’s coming up in the weeks and months ahead. There will be several culls – 6th September for weights, two October dates for nominations – along the way to get the fields down to manageable sizes. But the 2nd August nominations get the ball rolling for the Australian spring season, and the action will start heating up accordingly.