Where else can you take pictures in the famous pink lakes or climb a salt mountain other than the salt lakes of Torrevieja? An incredible experience, and one that was enjoyed by over 30 members of the Orihuela Costa and District Branch of the Royal British Legion on Wednesday.

It was all aboard ‘the Salt Train’ as the branch took part in a guided tour that lasted a little over an hour, during which we were told about the different phases of production of the salt, the origin of the salt lakes, their characteristics, the flora and fauna that coexists in the area, as well as the mysterious pink colour of the salt lakes.

The train took the group from the very centre of the city into the facilities of the salt lakes where members alighted to take photographs in the pink lake. There was even an opportunity to climb the salt mountain.

We were told that the colour of the Torrevieja Pink Lake is due to special algae that inhabit the bottom of the lakes, equipped with microorganisms that give this original and characteristic colour. For this reason, the salt lakes are also known as the Pink lake of Torrevieja. 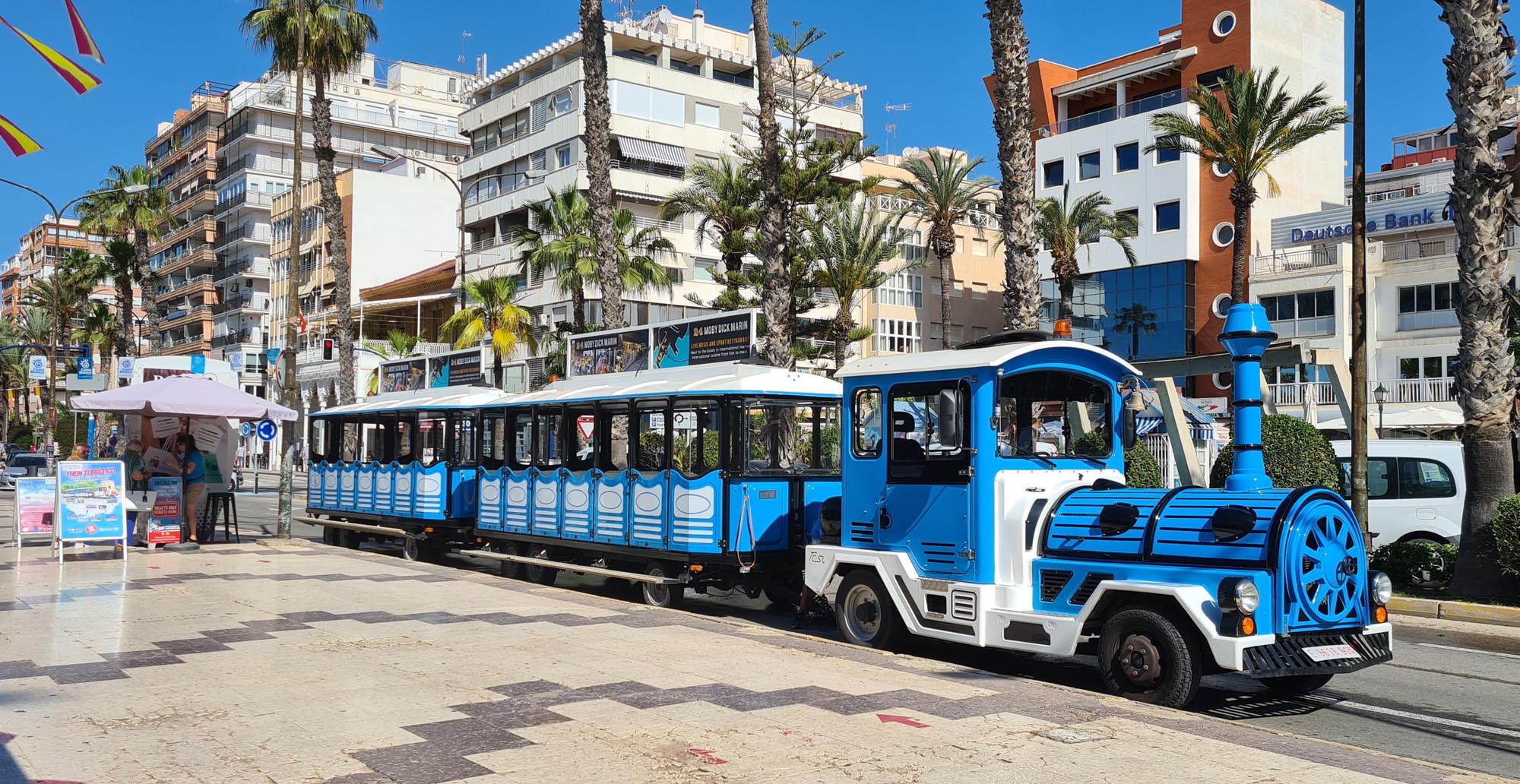 Both the Torrevieja pink lake and the green lagoon of La Mata have been used for centuries for the production of salt. Currently about 750,000 tons of salt are produced every year as different formats of sea salt for sale, both in the national market and in the international market, with almost 50% of its production going for export.

Salt boats with a capacity of up to 30,000 tons can regularly be seen leaving the city destined mainly for countries across northern Europe and the United States.

And one interesting fact that we learned; salt is the only mineral that is edible and also, along with water, the only food product that has no expiration date.

The trip around the salt lakes was followed by an excellent lunch at the Sunrise Restaurant in Orihuela Costa where the meal was served to the magnificent backdrop of a deep blue sky and the Mediterranean sea.

New members are always very welcome at the brach which meets at the Olympia Restaurant, Mil Palmeras, at 7.30 pm on the third Thursday of every month. More information can be obtained from the secretary on orihuelacosta.secretary@rbl.community.