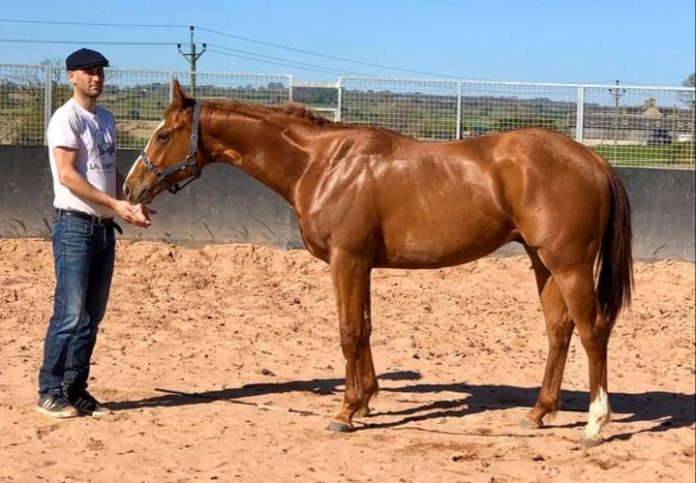 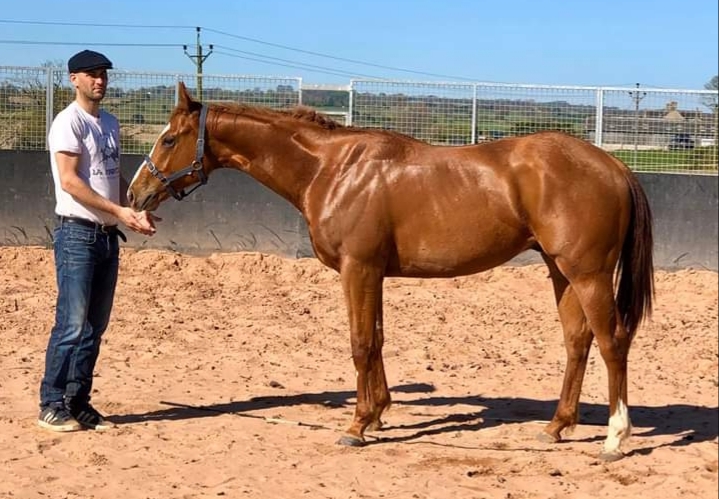 Trainer Philip Kirby has an exciting small team of runners when racing resumes, and a second group being prepared for later in the summer/early Autumn.

“We have a strong hand in the staying division, not including our Autumn/early season NH horses,” said Philip, based at Green Oaks Farm stables, Richmond, North Yorkshire.

Philip is in agreement that racing – in lockdown – should not return at present, with the coronavirus COVID-19 pandemic.

“We can’t wait to see the four 90+ rated horses in action,” said Philip.

Here focus is on Stargazer and Ice Pyramid.

Bought by Philip at Tatts HIT sales in October 2017 for £8,000 out of Sir Michael Stoute’s yard, he ran in the Spring of 2018 and made an immediate impression with a neck second in a Class 2 Handicap at Newcastle, over 2 miles.

His next run was heartbreaking, having won the £55,000 1m 4f handicap at Newcastle, only to be demoted to second after he was found to have interfered, mainly due to a loose horse.

Stargazer had proved his class over a middle distance trip. In the Chester Cup he didn’t break well, and was subsequently found to have injured his pelvis, despite finishing seventh.

Stargazer also finished 3/4 length second at Newcastle in a Class 2 Handicap, off 95, in November and followed up by winning at Newcastle under Robert Winston.

He also won his final start to date in April 2019 in Class 2 Handicap at Newcastle, going up to his career high mark of 104.

Stargazer has been on the sidelines with injury since, but he’s back and looking in fantastic shape at home with regular rider, Sammi in the saddle.

“Philip has always thought the world of this horse and we certainly haven’t seen the best of him on turf yet,” said his wife Pippa.

“Probably most effective at 1m 6f on the turf on a galloping track or 2m on the all-weather, he is still loving his job and we can’t wait to see him back in action for The Hassall family and ourselves,” said Pippa.

Bought to make a high class Juvenile hurdler for owners Bill Fraser and Adrian Pritchard, Philip secured Ice Pyramid for £30,000 at Goffs Autumn HIT after he had run once for Saeed Bin Suroor, finishing second in a maiden at Redcar.

A big upstanding 3 year old, costing £120,000 as a yearling, he needed time with just having the one run for Godolphin.

Ice Pyramid made his debut for Kirby, with a promising third at Newcastle, as a warm up to go hurdling.

Re-appearing on December 14, almost 346 days later, he was beaten just 1/2 a length in a Novice Stakes, under Ben Curtis.

In January 2020 his first win for Kirby came, off a mark of 75 under Paul Mulrennan, gaining a 5 lengths win.

Ice Pyramid, at odds of 4-11, finished second in an Amateur race at Lingfield, under a penalty, prior to winning on his final start to date in February, off a mark of 85, at Newcastle under Ben Curtis.

Philip and his Owners made the decision to keep him to the flat, given that he is progressive, and will resume his season from a mark of 92.