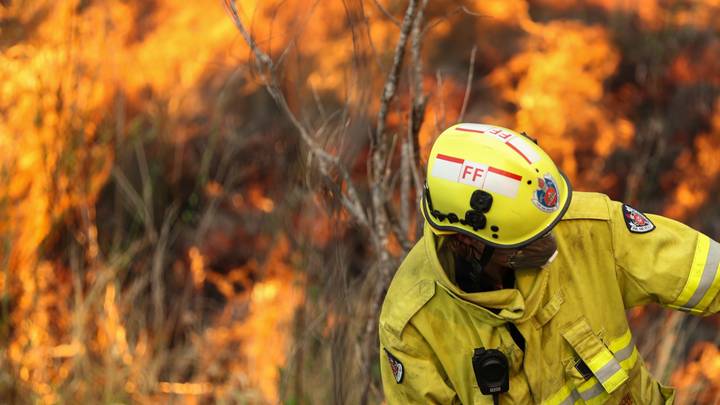 Australia’s firefighters have faced strong winds and warm temperatures that have fuelled the fires, although weather conditions are expected to improve this Saturday. Professionals have faced complicated conditions during the night, with the authorities issuing further emergency warnings and immediate evacuation orders.

Three large fires merged at the borders of the neighbouring states of New South Wales and Victoria to form a “mega fire” that has already reached more than 600,000 hectares.

In both states there have been gusts of wind that have exceeded 90 kilometres per hour, while temperatures have reached 44 degrees in some areas.

In Victoria, a fire near the city of Wodonga forced evacuations during the night. Meanwhile, more than 3,500 firefighters were deployed in New South Wales.

The Commissioner of the Rural Firefighters Service (RFS), Shane Fitzsimmons, has claimed that several people have been injured although initial reports said there had been no material losses.

Fitzsimmons has said that the weather is expected to be colder during the next week so it will offer “some relief” and has indicated that “it will probably be the best seven days we have had without increasing very dangerous fire ratings.”

More than 140 fires are still burning in New South Wales this Saturday, although none of them at the emergency level, while in Victoria there is a warning about just one of them.

So far, more than 10 million hectares of land have been burned since the fire season began in September with 26 people dead and thousands of homes destroyed.

Meanwhile, thousands of people took to the streets on Friday in different cities in Australia to protest against the government of Prime Minister Scott Morrison and their environmental policies in the face of the terrible situation caused in the country by the virulent forest fires recorded in recent months .

The protesters, who criticised politicians and police officers for saying that the resources would have to be moved from the fire fronts to manage the marches, criticised the mismanagement of fires by the authorities in the states of New South Wales, Victoria and South Australia.