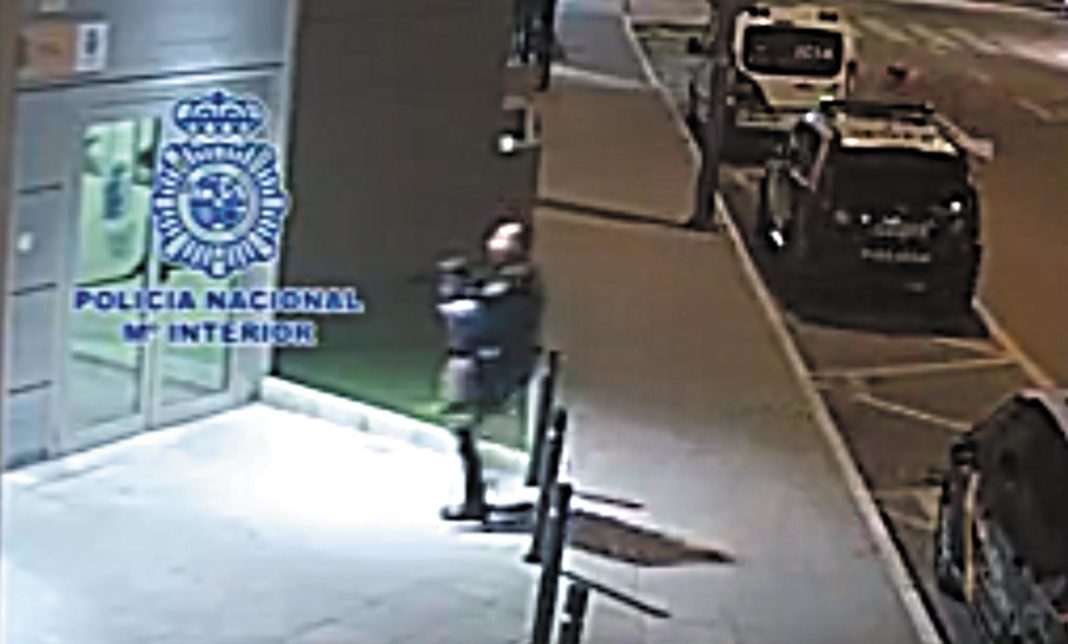 A National Police officer in Lorca, Murcia, has been deemed a hero – after saving the life of a four year old boy, who had stopped breathing.

The dramatic scenes were caught on video and released by the National Policia.

The child’s mother drove to the police station in her car – in a desperate attempt to save his life.

Upon arrival at the police station the mother ran across a busy road and informed an officer on duty of her ordeal, saying her child had stopped breathing.

The policeman raced out of the building and ran across the road to the car, removing the boy, and returning back to the police station.

The police officer found the child had swallowed a piece of food – was choking – and proceeded the Heimlich Manoeuvre.

Following the Heimlich Manoeuvre being undertaken by the quick thinking police officer, the piece of food was dislodged.

The young boy and mother were reunited and later left the police station, accompanied by a friend.

The Heimlich Manoeuvre is done, by performing abdominal thrusts.

Stand behind the person and place one foot slightly in front of the other, for balance. Make a fist with one hand.

Grasp the fist with the other hand and perform between six and 10 abdominal thrusts, until the blockage is dislodged.

The unnamed police officer was praised for his actions in saving the child’s life.