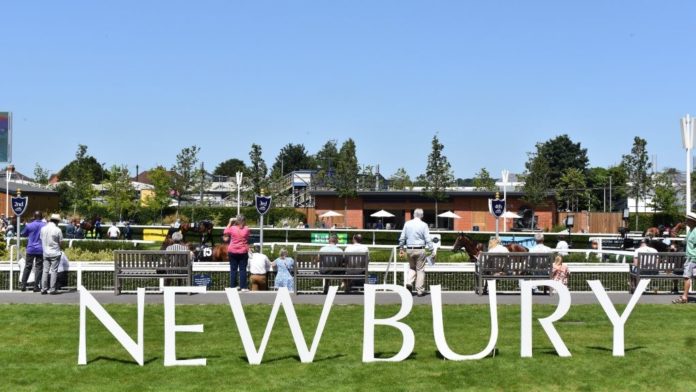 Newbury stage three Group 3 races on Saturday, including the Dubai Stakes, and Watership Down Stakes on the seven racecard meeting.

Ralph Beckett-trained Angel Bleu (3.00) is tipped to land the Watership Down Stud Too Darn Hot Greenham Stakes over 7 furlongs to bag the £45,000 winner’s purse.

Angel Bleu was noted when following up his Group 2 Vintage Stakes win with a brace of international Group 1 victories.

Harry and Roger Charlton trained Jumbly (2.25) who finished runner-up to Cachet in the 2021 Rockfel Stakes, is tipped each-way by fromthehorsesmouth.info in the Group 3 Dubai Duty Free Stakes.

The Wizard Of Eye John Egan

Isolate (2.44) trained by Alan King and ridden by Tom Cannon is tipped each-way in the Middle Distance Chase.

Jason Hart is booked to ride Alston trained Gabriella’s Spirit (7.45) tipped each-way by fromthehorsesmouth.info priced at 14-1, noted when third in a C4 over 6f at Haydock in 2021.

Charlie Fellowes trained Atrium (1.32) is tipped each-way by fromthehorsesmouth.info in the C3 Betway Rowley Mile Handicap over 1 Mile, with Danny Tudhope in the saddle.

Explicit (3.47) trained by Mark Johnston and ridden by Connor Beasley is tipped to land the Class 4 Betway EBF Novices Stakes over 5 furlongs.