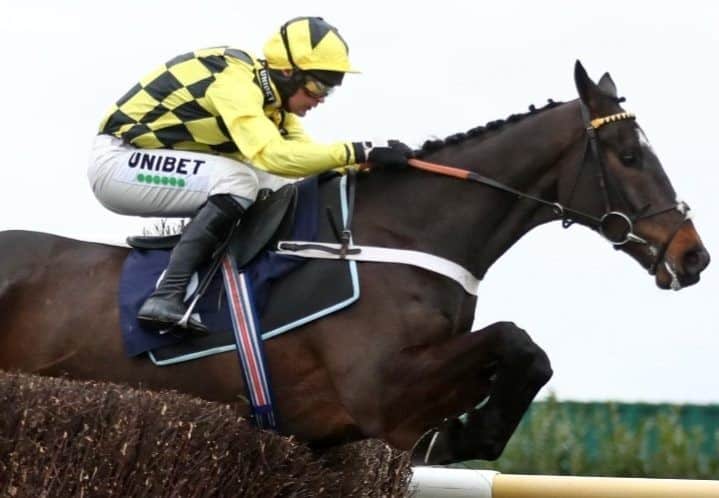 Shishkin’s victory over Energumene, trained by Willie Mullins, at Ascot in January, sees the duo go head-to-head in the Champion Chase on day two.

De Boinville, who rode Constitution Hill on Tuesday, in the Supreme Novices’ Hurdle, on day one of the Festival, said: “If there’s an awful lot of hype, like at Ascot, you hope to God you put up your best performance and produce something special.

“It’s very rare that two horses come together at their peak. That’s what excited people because these are two exceptional racehorses who put up amazing performances. “I felt incredibly privileged to be a part of it, let alone win it.”

Shishkin made two minor mistakes before claiming victory at Ascot: “It probably looked a lot worse than when I was on him because we were going so fast down that hill. “But Shishkin can always pull something out of the bag when he’s on the back foot.

“He certainly did it when we won the Supreme. We were all but knocked out – and he found a way to come back and win. “That was very similar to Ascot and when you get that feeling from a crowd it’s very rare.

“The only other time I can think of the crowd engaging with a racehorse so deeply was when Sprinter Sacre won at Cheltenham that October he came back in 2015.”

On Cheltenham Festival expectations, De Boinville added: “I’ll take just one day at a time. It’s such a competitive environment, and there are so many good horses, jockeys and trainers – it will be a privilege just to ride one winner.”

Mcfabulous (2.50) trained by Paul Nicholls and ridden by Harry Cobden and Gordon Elliott trained Saint Felicien, with Robbie Power up, are tipped each-way in the 28 runners G3 Coral Cup.

Gordon Elliott trained Tiger Roll (4.10) goes to post as favourite in a bid to return to winning ways in the Glenfarclas Chase over 3m 6f.