Imagination is quite possibly a unique human ability and it comes in a few different forms. It is generally referred to mean creativity but we also use the word in relation to mental imagery – as in picturing something in our head. One thing for certain is that we humans would be nothing without our imagination. Albert Einstein had this to say about the power of imagination: “Imagination is more important than knowledge for knowledge is limited to all we now know and understand, while imagination embraces the entire world and all there will ever be to know and understand.”

My brother, Sean, had a wonderfully vivid imagination when we were children. He would come in from school with stories painting a picture of the wonderful day he had at school, or of someone he met on the road. A teacher gave his sweets, he got a ride on a horse, or he saw the most incredible apparition in the bushes. I see now that this was Sean’s escapism from the robust antics of us older boys, but it bothers me to this day that my brother, Willie, and I gave Sean a hard time over his dreams. We accused him of ‘telling lies’, when we were the two who didn’t appreciate that logic will only take you so far – but imagination will take you everywhere.

Children have a much more fertile imagination than any adult you know. When we are young we do not place a limit on being what we aspire to be. Children have no limits, no fears and no prejudice. It is unfortunate that after a certain age we forget the beauty of a dream and we start putting limits on our imagination. This grateful writer was lucky enough that some of the benefits of having an imagination came back in adulthood.

If people were bereft of imagination no progress would ever be made on anything. Every new idea is created from the seed of imagination and you would be amazed at how much this influences your life. The more optimistic you are as a person, the easier it to remain logged into your imagination.

Imagination is the greatest tool at the disposal of the entrepreneur. The secret is to hold onto the precise image and the subconscious mind will help guide you along the path. When using the propeller of imagination to achieve a goal, you must create the scene in your head that implies you already have the outcome of that ambition. Don’t focus on the hurdles you may have to clear. Don.t worry about how you will get there: Just embrace the image of where you are going to be – and it will happen. The power of imagination lies in focussing on the outcome.

The word ‘imagination’ is also applied to the beauty of paintings and the art world. Beautiful songs have been composed from the image of a picture in the mind’s eye.

Great inventions have come about because of man’s imagination. For example, one of the Wright Brothers envied the ability of birds to fly from his childhood and luckily for Michael O’Leary, that imagination was responsible for the invention of the aeroplane. 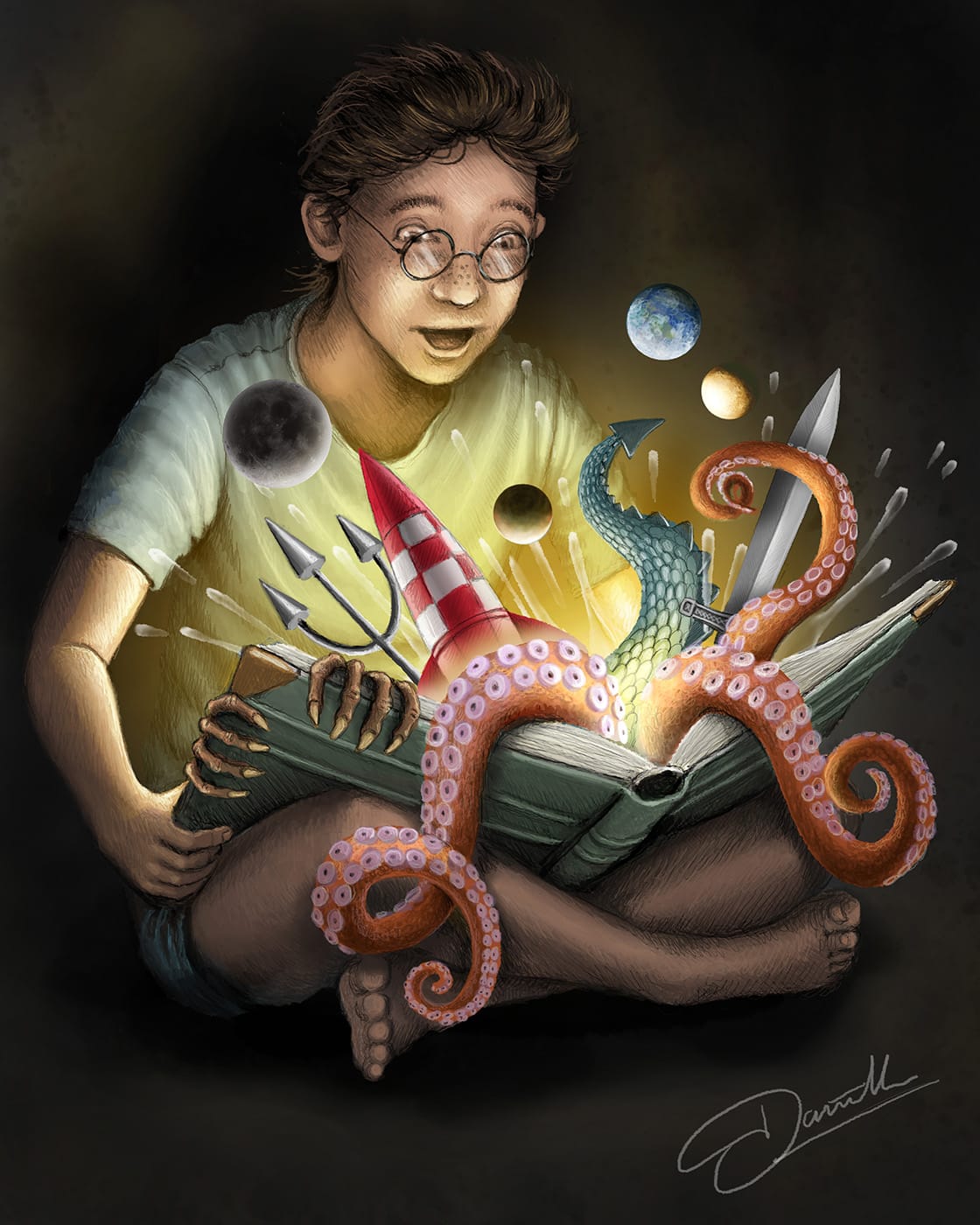 Captives have retained their sanity by detaching their minds from their current situation and letting their imagination enjoy an experience far removed from captivity. Nelson Mandela (I stood in his cell on Robben Island) spent 27 years in a prison cell and all that time he refused to have his jailors chain his mind. Nelson’s imagination roamed free.

All of the above are examples of good imagination, but like most other facets of life, there is good and bad – and there is bad imagination. Somebody once said that imagination is what a wife uses when her husband comes home late!

Imagination can play dirty tricks with the mind and this can lead to paranoia.  This negative imagination causes a person to believe that everyone is talking about them. When this state takes hold, you feel that people are deliberately trying to exclude you or make you feel bad. In America, crazy imagination has enveloped half the population in conspiracy theories and they believe that the establishment is ‘out to get them.’ Such a mind is not a good place to be and this irrational imagination is both contagious and dangerous. Unfounded mistrust of others make it impossible to function socially – or indeed, normally.

So, only let your good imagination reign when it gives pleasure or sets you on a positive path!

Irish Lotto Results, Plus 1 and Plus 2, Lottery Winning Raffle Numbers for Wednesday, 1 December, 2021