From 22 July, the esplanade at Playa Flamenca, is to become the twice weekly venue for the screening of some of the world’s most popular operas, transmitted live from Madrid’s Teatro Royale.

Included in a season of major productions, operas, including ‘Tosca’, ‘La Traviata’ and ‘Madame Butterfly’ will be projected onto a large screen every Wednesday and Sunday evening. The opera’s will also be supplemented by a number of live concerts.

The Orihuela Councillor for Culture, made the announcement last week at a press conference. She said that they will be broadcasts of the best operas from the Teatro Real, as well as live concerts and all will be completely free of charge. 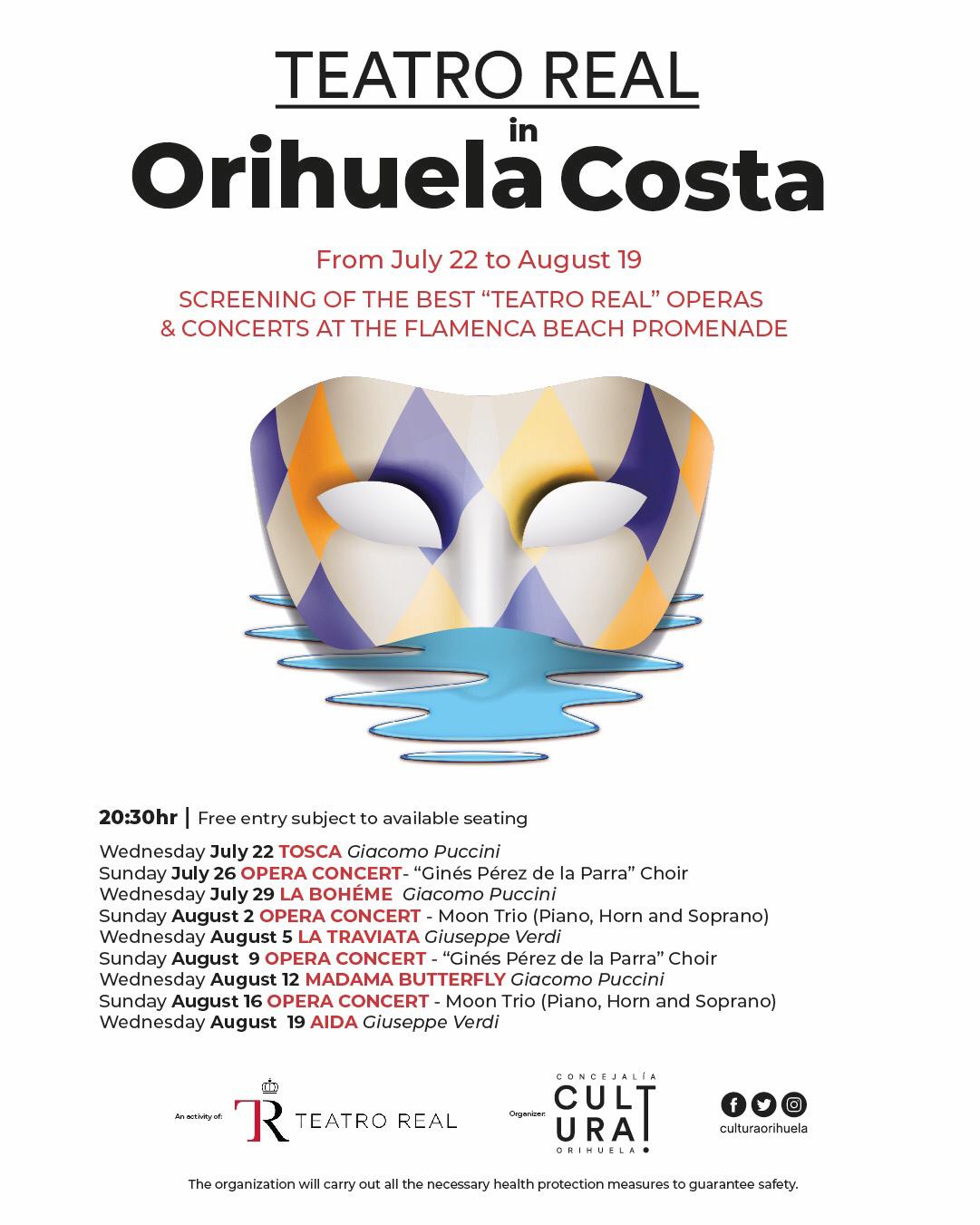 Thus, on Wednesday 22 July the first opera to be broadcast will be the famous Tosca, by Giacomo Puccini; La Bohéme, also by Puccini, will be screened on Wednesday, 29 July.

On Wednesday 5 August we will be able to see La Traviata, by Giuseppe Verdi; On 12 August it will be the turn of Madama Butterfly and the final showing, on Wednesday 19 August will be the opera Aida.

There will also be live opera concerts; on Sunday 26 July and 9 August there will be a performance by the Ginés Pérez de la Parra Choir and on Sunday 2 August and 16 August it will be the turn of the Trio Moon (piano, horn and soprano). All performances will be at 8:30 p.m.

“We have organised this cycle of Opera for residents of the Orihuela Costa, which will take place from July 22 to August 19 on the esplanade of Playa Flamenca, so that all the residents of the coast and those who visit us during these summer weeks can enjoy some of the very best music in the open air and in such a wonderful setting ”, explained Mar Ezcurra, who said that all performances are free until the capacity is reached. She added that all sanitary protection measures will be carried out with will have an effect on the spacing of seats..

” This is one of the first activities organised by the Department of Culture this summer on the Orihuela Costa but we are already working on several more performances and events that we will announce in the coming days,” the councillor said.