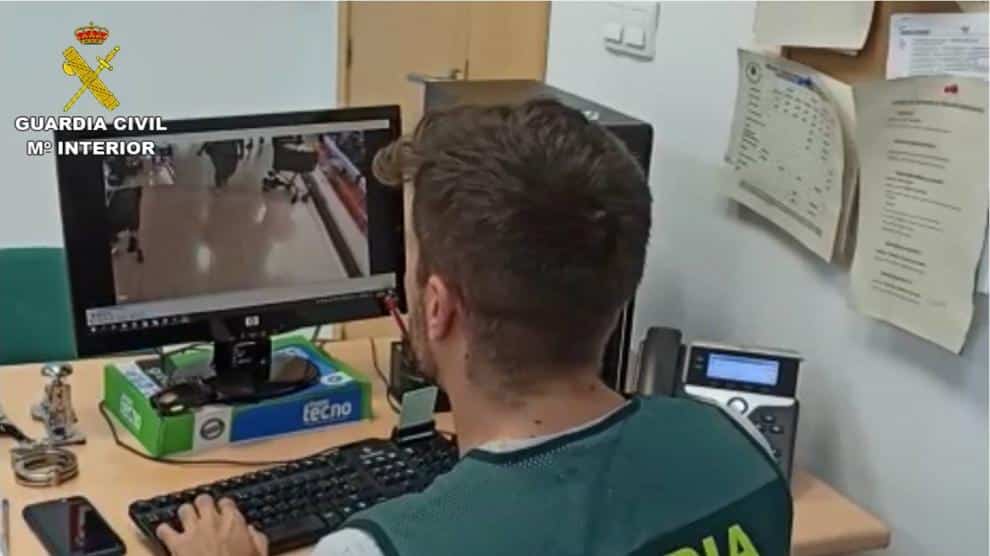 Officers from the Guardia Civil arrested a 41-year-old man in the Alicante town of Elda, who is attributed the theft of approximately 4,000 euro worth of products in 13 acts committed in different supermarkets of a well-known chain across the province.

The manager of one of the stores contacted the Guardia Civil in the face of the avalanche of thefts in its establishments located in towns in the province such as the capital, Almoradí, Aspe, Elche, Mutxamel, Petrer and San Vicente for months, according to a statement.

The officers began investigating the series of incidents discovered that the main suspect would load a supermarket trolley “to the top”, and then simply walk out of the stores, normally through the line of registers, without standing in a queue or paying for the items.

The man always acted alone and in each of the robberies he took products with an average value of 350 euro.

Once identified, the officers discovered that a number of different courts in the area had been trying to locate him for more than two years. Specifically, there were 25 judicial requisitions in force, of which 15 were arrest warrants.

The officers subsequently arrested the man and determined that he had a long history of crimes against property. He was placed at the disposal of the Investigating Court 1 of Novelda. In the home search, the agents seized 450 euro and the vehicle used to commit the crimes.