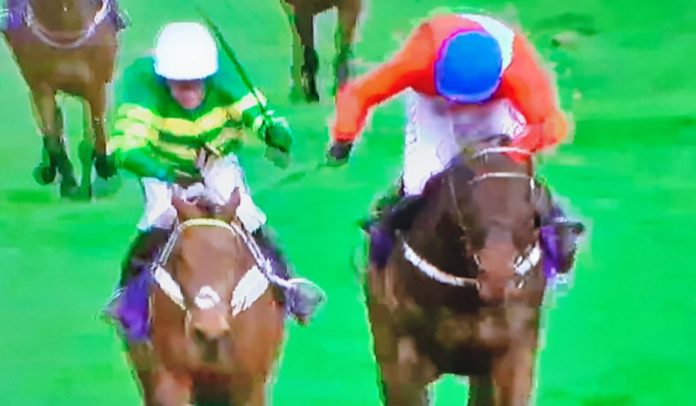 “We were on the back foot all the way, in very tacky ground. It was all about keeping a rhythm,” said Geraghty.

Approaching the last Allaho and Minella Indo went head to head up the hill, as Champ rallied-on.

“”It was a great race – I thought I’d no chance going to the last,” said Geraghty.

“It looked like he was going to finish a creditable third – until all of a sudden he came into sight,” said surprised Henderson.