The LeaderPutting YOU at the Heart of the Community
Sign in / Join
Subscribe
Home Sport Bowls San Luis Bowls Club Report 29.06.18. by Sheila Cammack 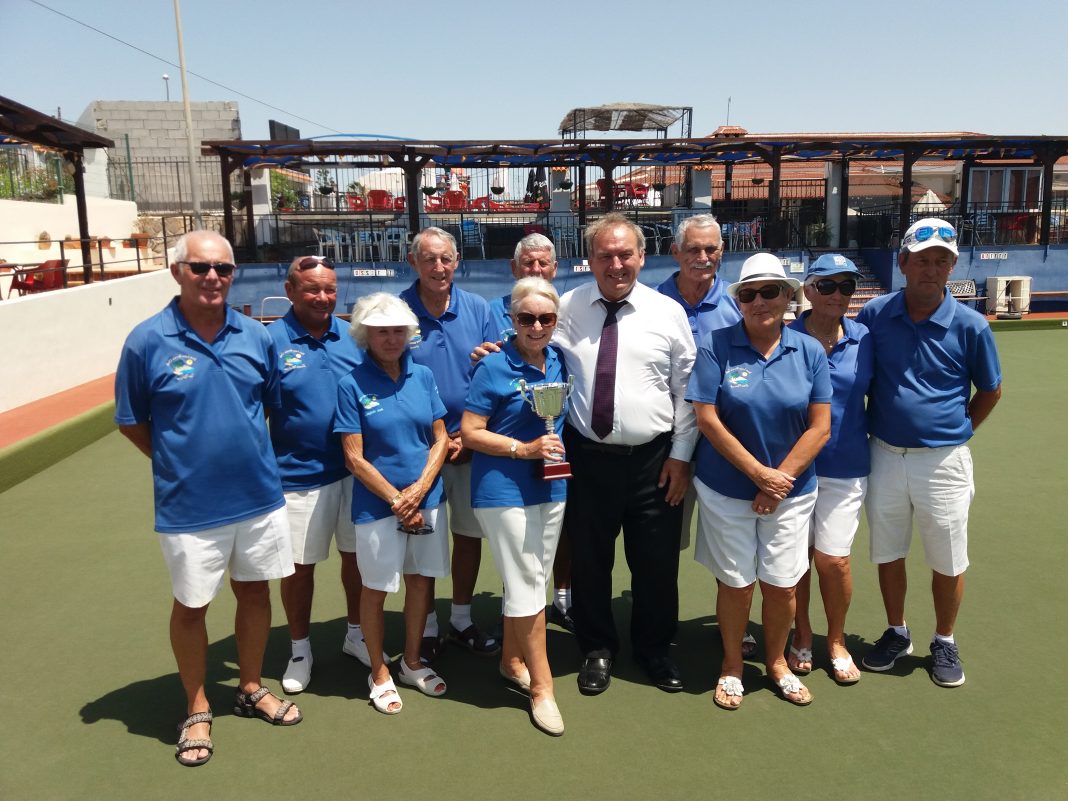 The VC Leagues are complete with SL Falcons Div A Champions. The South Alicante leagues have just one match to go with SL Wellingtons and Quesada Blenheims vying for top spot.

SL Hawks home v Emerald Isle Earls had a tough match; pts 2-10, shots 65-96. Pairs; Ralph Jones & Charlie Marigold, put some great shots together and were winning for most of the game just losing out in the end 14-18. Our Super Rinks; Kath Waywell, Ken Dullaway, Ian Ross & Brenda Brown kept their nerve to take another great win, 18-11. Although we didn’t get the result we wanted or needed, thanks to all our HAWKS who worked hard for the team throughout the season, finishing in 3rd place. Congratulations; Quesada Tigers Div C winners.

The photo shows members of San Luis FALCONS team, WINNERS of the VCLeague A Div. The Falcons remained unbeaten throughout the VCL campaign, thanks to all the players involved and of course the supporters.

The Trophy was presented by Mike Lewis from De Vere the sponsor of the VCL.

The Mayor of Torrevieja, Eduardo Dolón, has held a...