Stagestruck Theatre Group recently performed their version of ‘Aladdin and the Magic Lamp’ at the Cardenal Belluga Theatre from the 17th to the 18th November.

The feedback from the audience was extremely positive with comments such as ‘I didn’t laugh… I cried with laughter throughout’.

Stagestruck pride themselves on their ability to deliver comedy performances but the cast of 25 also delivered believable characters and an eclectic selection of songs from typical pantomime to a beautifully sung version of ‘Bring him home’. 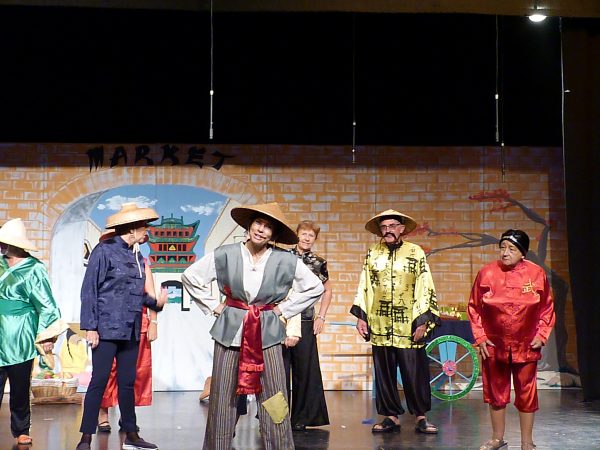 Leigh Humphries, the director said “every single cast member played their part perfectly and as a team, they created a magical  evening of  entertainment”.  40 people, back stage, front of house and cast, came together to produce a memorable show and as a result were able to raise enough money to make charitable donations of 4000 euros, 3000 euros to the Torrevieja Alzheimer’s Association and 1000 euros to other local charities.

Stagestruck’s next production will be presented in May 2017 and will have an ‘Up Pompei’ type theme, so make sure you book when tickets are available.  If you would like to be informed of future Stagestruck shows and events, email Leigh at leigh.humphries58@gmail.com and ask to be added to the Stagestruck mailing list.

Following long delays and crowds in the non-EU Passport...

Many people don’t check their private settings on Facebook,...

McCall is a legit researcher with great insights...