The Civil Guard is currently investigating an explosion that took place this morning in a house in Torrevieja and that has caused a large shock wave across many parts of the town.

The explosion occurred at 217 de la calle Diego Ramírez and currently the Street and much of the surrounding área is cordoned off.

Firefighters are currently working among the rubble, although so far the two people inside the house have been brought out unharmed, CICU sources confirm.

When firefighters entered the house, several gas and petrol cylinders were found: “The explosion, was very powerful, has devastated the entire house, even the dividing wall of the adjacent house. ”, according to the Provincial Consortium of Firemen of Alicante.

The Civil Guard and the Local Police are investigating, although the Judicial Police and Security Forces are understood to be looking for the alleged perpetrator of the explosion who would seem to have accumulated butane and gasoline bottles inside the house, the subject of many arguments in recent years within the building, according to sources from the Emergency Department of the Torrevieja City Council. 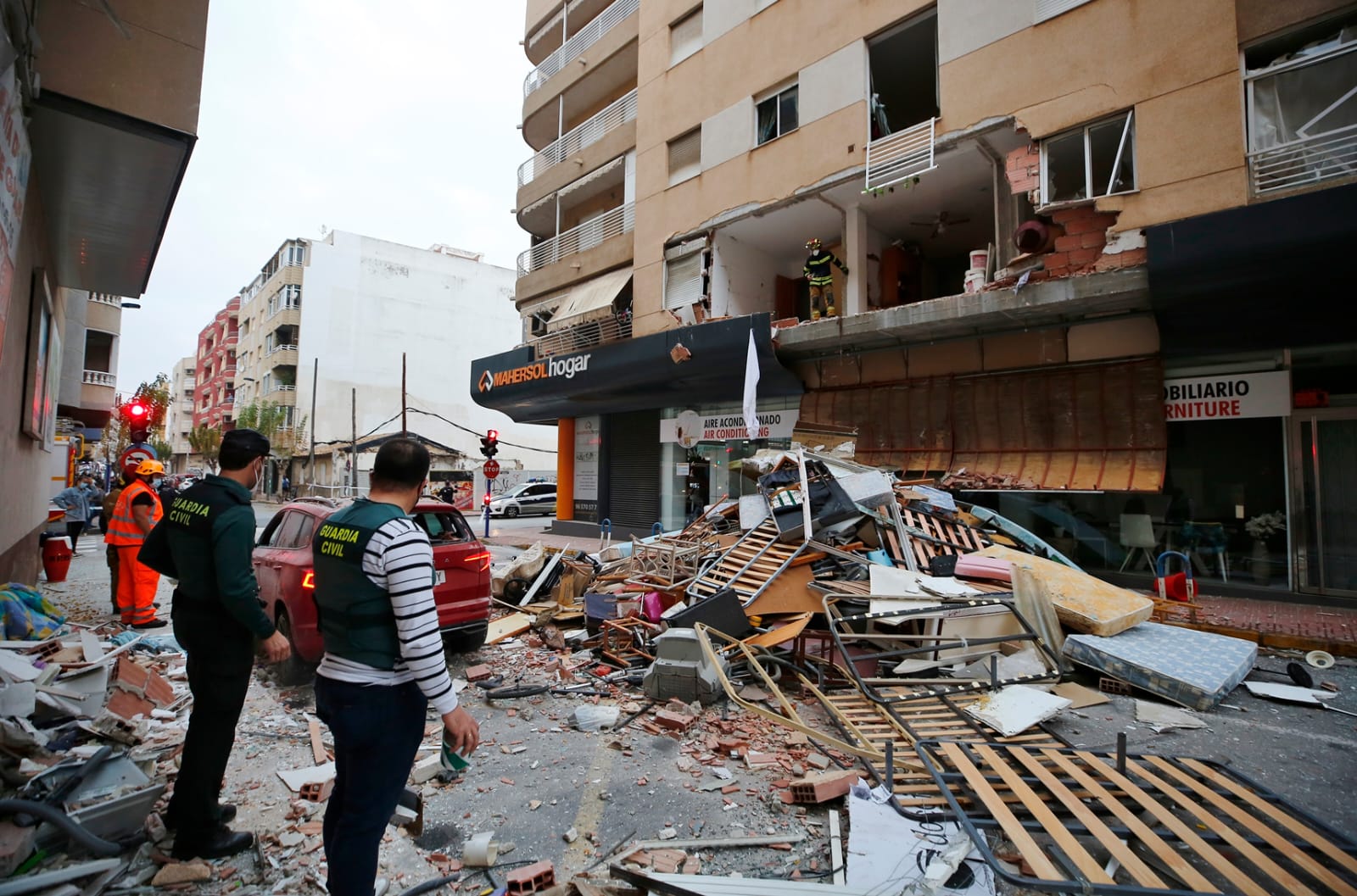