One aspect of Spanish cuisine that is particularly well known around the world is the custom of eating tapas and although this culinary tradition is replicated in bars and restaurants across the globe, certainly in competition form, it has taken until now to reach the Orihuela Costa.

According to legend, King Alfonso 10th, the Wise King of Spain, had once been stricken with a serious illness which only allowed him to take in small portions of food with small amounts of wine. He enjoyed the experience so much that, after recovering from his illness, the king issued a decree that no wine should be served at inns unless it was served with food. As such, tapas are seldom served without alcohol.

They are not meant to be a meal in themselves but more a snack between meals, small plates of food – from nuts, olives, and assorted cheeses to roasted meats and stews, that are served to encourage socialising as the partakers eat and drink.

And so, at long last, The Orihuela Costa International Tapas Route has been born.

Organised by the Councillor for Tourism, Sofía Álvarez, the event will take place over 5 days, between 26 and 30th November in 16 different restaurants and bars across the Orihuela Costa. A tapa will cost partakers 2.50 euro in each establish which will also include a small beer.

Prizes will be provided by the council although at this stage I am unaware of exactly what they will be. They would usually be presented to the bar responsible for the best tapa as well as one or more participants via a draw involving entry voting forms.

But it is not about the opportunity of winning or the prize but more a chance to visit the 16 different establishments that are taking part in the competition, many of which are expat owned, whilst at the same time, sampling some of the very best local cuisine. You can pick up a voting form in the process, and then cast your vote for the very best tapas.

I was fortunate to meet up with participant Hazel Starr (pictured front page) at the Fuego Tapas and Wine Bar on the upper floor of CC La Fuente.

As I got a sneak preview of her two entries, meat balls with choritzo sausage and olives and smoked salmon, cream cheese and olives she told me how they had first featured on the television programme ‘A Place in the Sun’ earlier in the year. “Scarlet, who presented the programme, told me how much she had enjyed them so I decided to go with them both again,” said Hazel.

“It should be a really social event,” she said “and with a lot of the bars being expat run I really do hope that Orihuela Costa community enter into the spirit of the competition and try out as many as they can.”

All of the participants are listed on the Orihuela website at the following link but for your convenience I have listed them below. 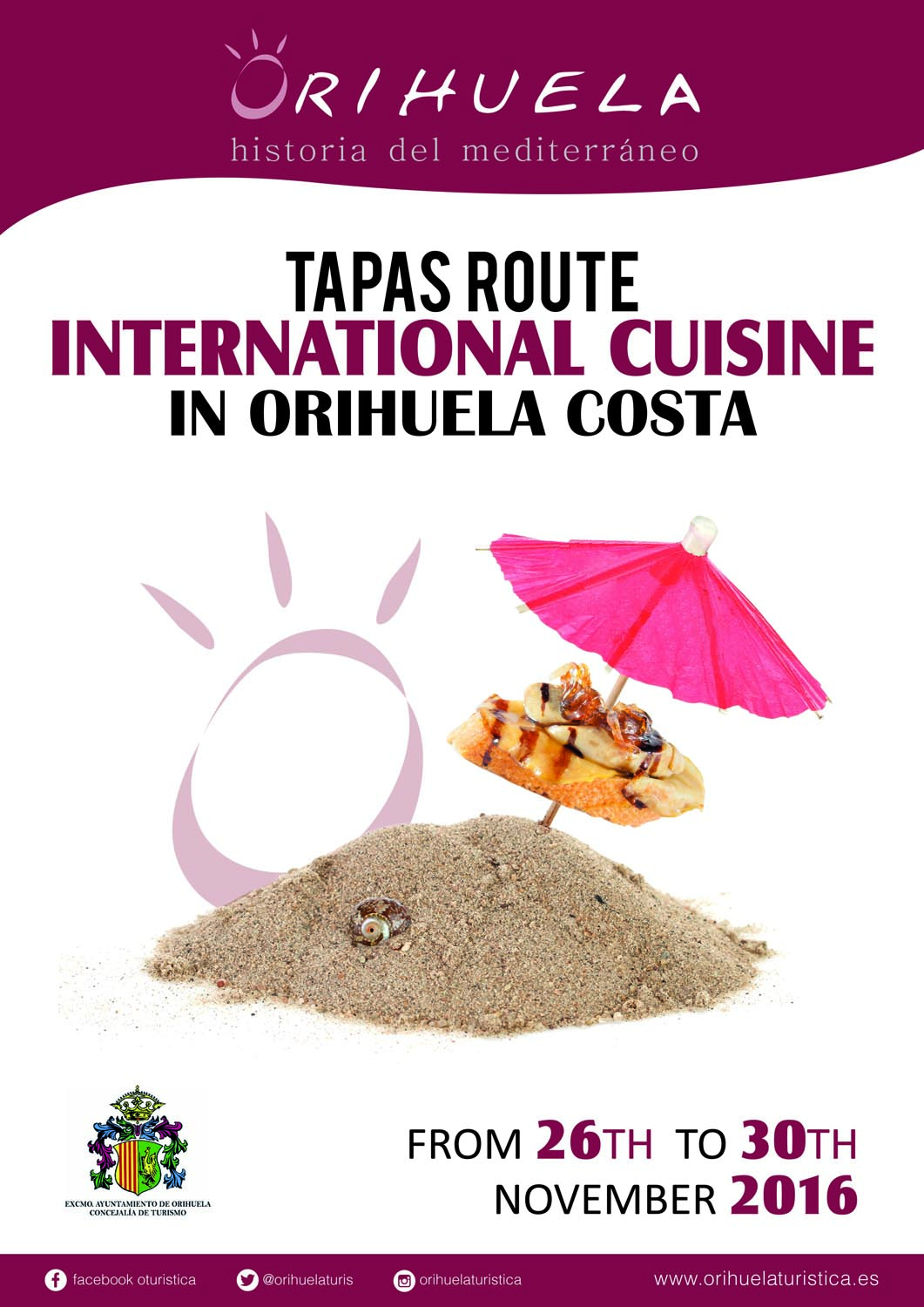