It makes a change to listen to a story with a happy ending and this is one of them. In Birmingham a couple, Steve and Anne, live in a tree lined street and parked on their driveway with CCTV cameras monitoring the area, their brand new blue 2008 model Peugeot parked outside, the keys for it in a jar inside the house.

You can imagine their surprise when sitting down to breakfast one morning they casually looked at the monitor, and where they expected to see their pride and joy the space was empty. Thinking there was something wrong with the video system they grab the keys and rush outside only for it to be confirmed, the car had gone – they look in wonderment at the keys and how can it be?

The new Peugeot, similar to many other makes of  new cars, does not have a key to lock it, instead  there is some electronic gismo that can be bypassed with a cheap programme bought for little  money on eBay (so I am told) which when added to a mobile can override the security system of the vehicle.

The couple were devastated. Although insured for such an event it is the upsetting of the routine and the vulnerable feeling that someone, despite all their efforts to protect their property by using current technology, can be ignored. There is also the need to replace the personal items in the car including Anne’s security pass to allow access to her place of work.

A few weeks was to pass, and they had settled back to some normality when the lady received a message from a security firm to say they had found her security pass. A person had found it on the ground to the side of the road and they referred her to the person who had discovered it.

The find was on the other side of the city and out of curiosity they drove across in their hire car. The good Samaritan pointed out where she had found it and there parked on the side of the road was their car. Obviously, the thief had discarded it as no use and thrown it out of the window.

At that moment a young scruffy looking man walked along the pavement and approached the car as he was fumbling with his mobile phone. Steve approached him saying this is our car and proved it by unlocking it with the original key, at which point the other started running.

The car was in a poor state and had been used for transporting drugs. After forensics had inspected  the vehicle the insurers gave it a thorough clean and it was returned. Although they are happy to have it back – somehow it just does not feel the same.

I don’t think many of us can remember a period without Amazon. Now the name appears in our lives almost on a daily basis.

For some time now there have been warnings, including in this column, of the slide to a cashless society, which in part is  being forced on us by the banks who are, in some cases, refusing to accept small coin as a payment into an account, encouraging the use of their online facilities, and at the same time closing branches and ATM facilities.

As an aside to this story, although part of it, the villains of this world have been able, through electronic means, to relieve you of your bank balance or at least reduce it, just by walking past you. The card you normally wave in front of a debiting machine will very happily do the same to any device that might be held in the vicinity by the perpetrator. 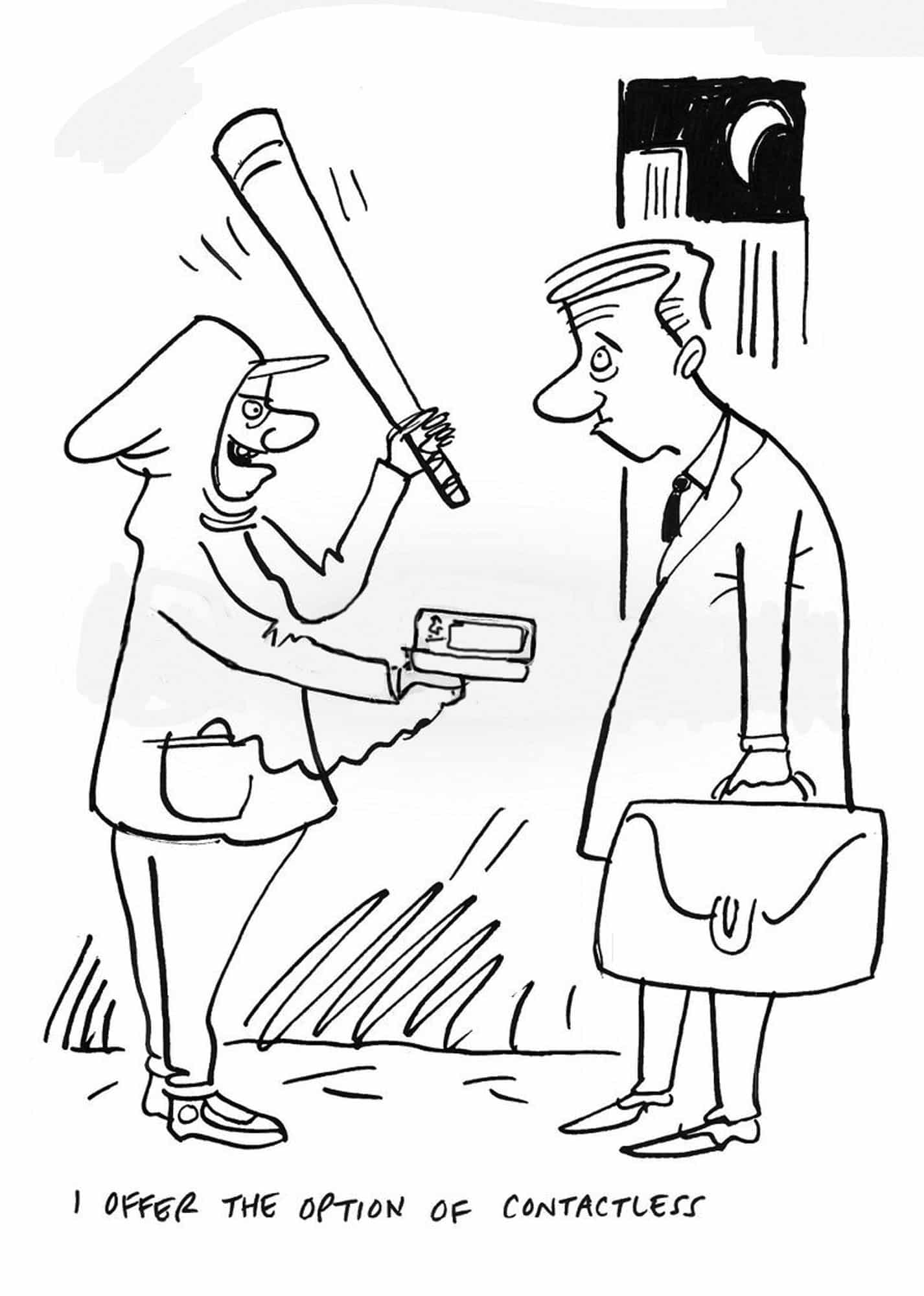 Amazon, by using similar formulas, has opened 17 stores in London and no doubt plan many more around the country, and where the banks are leaving the High Street, Amazon thinks differently and that is where their latest operation has been developed.

These new high-tech stores introduced by the group not only are totally cashless, including folding money, they also do not take the plastic friend, in fact there are no registers to take any currency, also no counter or other staff in any form and certainly no one to check what you have purchased. Although I’m told there is someone to introduce you to their system.

My understanding of the way it works is, you need to have an account with Amazon, and this allows you to enter the store through a gate. From then on the shopper is monitored not only by cameras watching your every move but also sensors on the shelves making note of what you are putting into a bag, yes, a bag as there are no trollies.

When you are ready you walk out, no card waving at a reader and no barrier. The Amazon machine goes to work on what you have taken and later in the day you receive an invoice on your smart phone telling you how much you have spent.

Frightening! Monitored every step of the way. The technology is so advanced it can remind you what you bought the previous week. How long before the rest of our lives are controlled in the same way?

Back to the Hondon Valley, just recently there have been three occasions that we know of, where people have tried to obtain money from an ATM – no money received but their account has been debited with the amount requested which they are now struggling to get reimbursed. Take care.

www.facebook.com/percy chattey  – the ‘Blitz & Pieces’ the bombing of London during WWII now available in Hard Back from Amazon.

Even though most old games lack modern graphics, they are still in demand. Learn why!