Spain’s long-awaited summer holiday boom is back on track on the Costa Blanca – aided by the UK ‘Freedom Day’ which began on July 19.

Holidaymakers from the UK have been busy packing their suntan lotions, amid the lifting of coronavirus restrictions for those fully vaccinated tourists who are returning from Spain.

Alicante-Elche Airport is amongst the busiest, along with Palma de Mallorca, Ibiza and Málaga.

The lifting of travel restrictions by England, Scotland, Wales and Northern Ireland has seen a 400% increase in flight bookings, with Spanish flight authority AENA saying flights from the UK have tripled in number from early July.

Torrevieja is also booming – as reported by The Leader – with queues forming to get a spot on Los Locos and Playa la Cura beaches, as thousands of holidaymakers arrive. 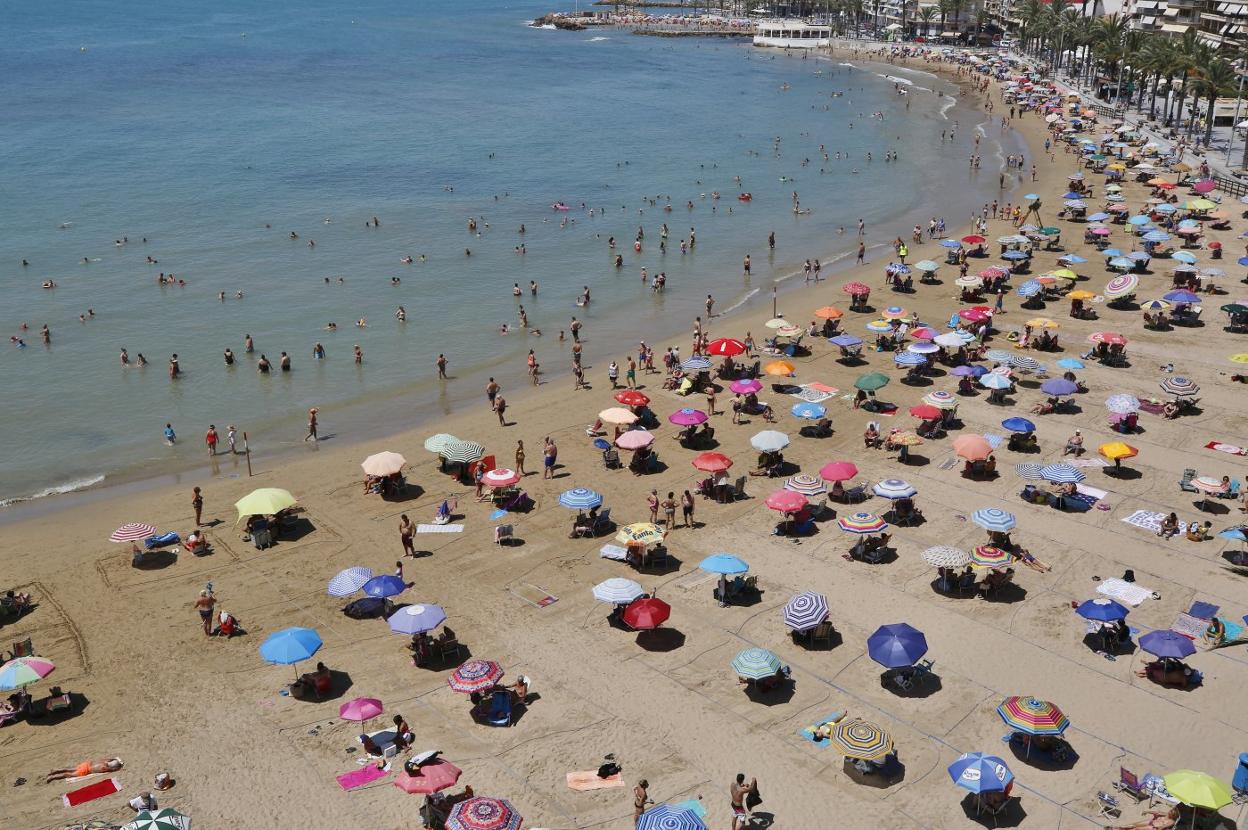 However Spain remains on the amber list of destinations, due to coronavirus, and those who have not been vaccinated in the United Kingdom by the National Health Service still have to isolate for 10 days on returning from Spain, along with a requirement to take two home coronavirus tests before they can break quarantine.

But the UK nations are not allowing travellers who have been vaccinated in the EU to evade quarantine, even if they have UK nationality. They have to go into isolation.

There were 489 flights between Spain and the UK on July 19 – a three-fold increase from the previous week when there were 152 flights, and Airlines are increasing their schedules to deal with the huge demand.

Ryanair said bookings between the UK and Spain, and Ireland and Spain, have reached new records and are at their highest since September 2019.

Ryanair, which offers 144 routes between the UK and Spain, will add more capacity in July, August and September for the most popular destinations with the company operating at 80% of its capacity – compared to pre-Covid-19 pandemic levels.