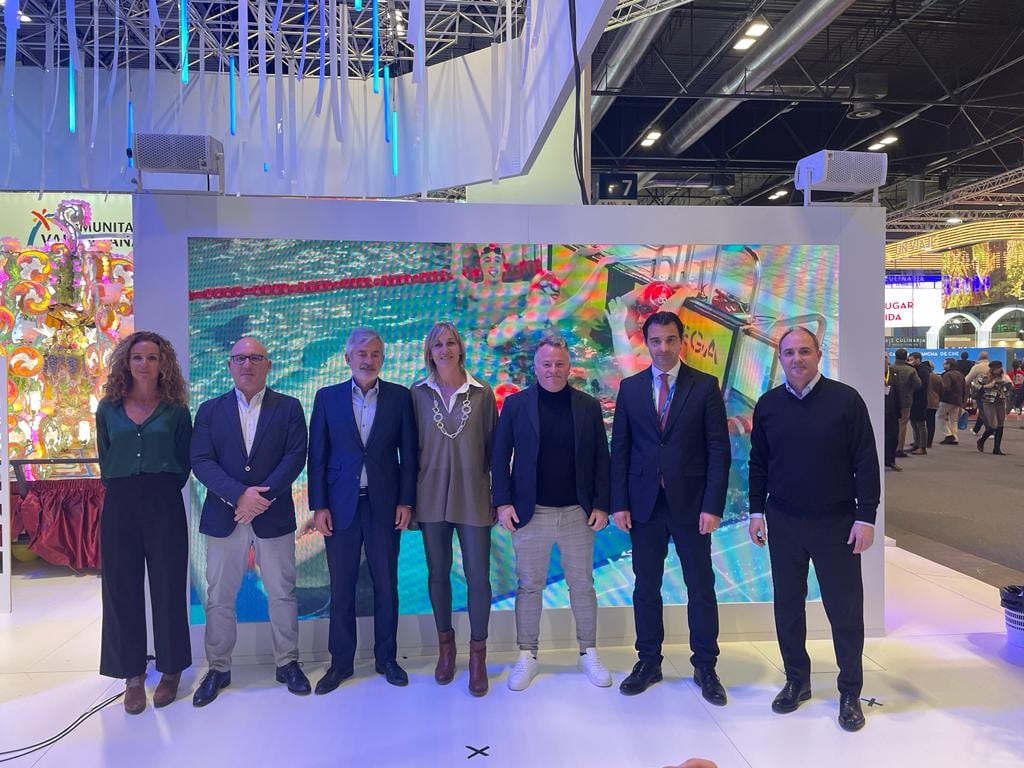 Representatives from the Department of Sports in Torrevieja launched the local sporting events calendar at the International Tourism Fair (FITUR) this week, highlighting more than thirty events of various disciplines, national and international, that Torrevieja will be hosting this year.

One of the most exciting for the location organisers is the European Police and Fire Games, which will take place from September 29 to October 7, with the arrival at the city of more than 3,000 people between athletes and family members.

The Torrevieja International Cup will bring together thousands of athletes of all categories in sports such as volleyball (from June 23 to 27), men’s and women’s soccer (from April 5 to 9, from April 23 to 27), and futsal (from July 3 to 6).

The calendar begins this month with the Euromarina Optimist Trophy, which will take place from January 26 to 29. Continuing with the national events, Torrevieja will once again host the FEDDY Spanish Swimming Championship, from March 10 to 12.

Torrevieja also recovers its Half Marathon (February 26) with the arrival in the city of more than 1,500 people including competitors and family members. National athletics will meet again on October 14 and 15 with the Spanish Children’s Athletics Championship.

One of the lines of work of the Department of Sports has been focussing on in recent years is Sports Tourism. Between January and August, a total of 39 campuses are expected to take place at the Ciudad Deportiva, lasting between 4 and 12 days. These are international sports groups from different disciplines such as football, swimming, athletics, handball, basketball, triathlon, skating, futsal, volleyball and netball.

Diana Box has highlighted that Torrevieja is demonstrating to the agents of the sports market that it has worked very hard to have high-quality facilities that, together with the good climate that the city has throughout the year, makes it even more attractive to a market. The Department of Sports Tourism offers an excellent and professional assistance and coordination service, one more pillar for sports agents to trust Torrevieja and everything it offers them.

Teams from countries such as Norway, Denmark, Holland, Finland, Belgium, Estonia, Ukraine, Poland and England are expected to come to Torrevieja in 2023. This translates into more than 14,000 visitors who will leave more than 6 million euro directly in Torrevieja.