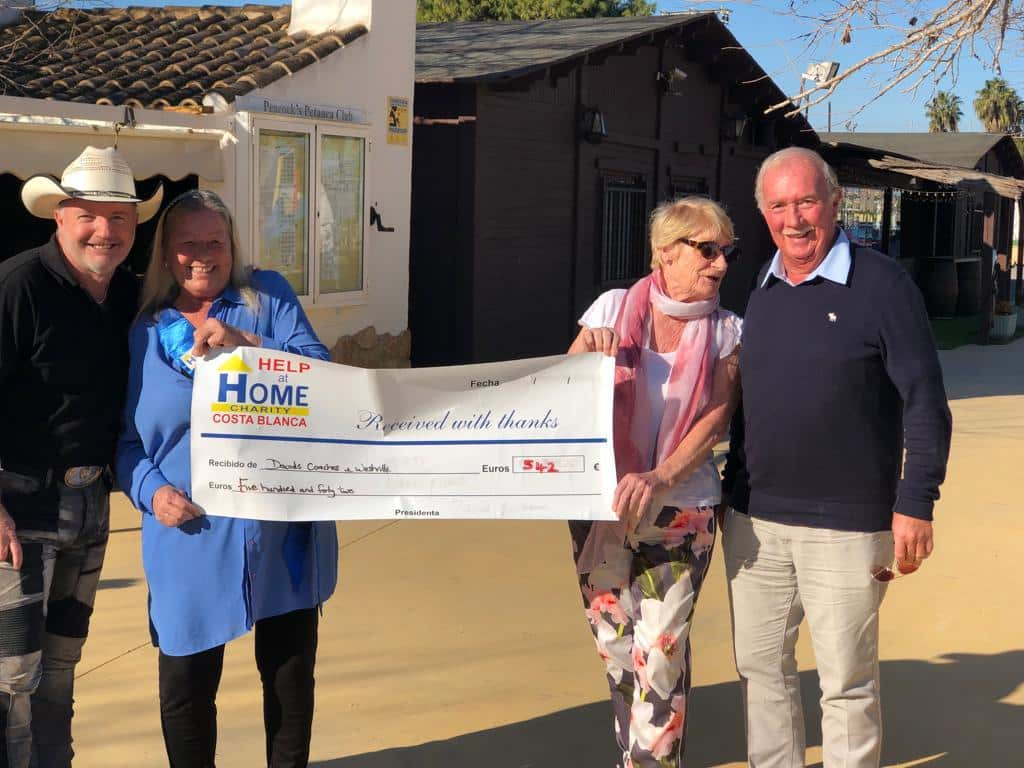 Peacocks petanca club, recently hosted a charity petanca tournament at Westvilles.  This was the first tournament to be held at Peacocks new venue, following their move to Westvilles last autumn.  Twenty-two teams entered the tournament, which was comprised of teams from Peacocks, Dominoes and El Rancho Petanca clubs.

Westvilles and Davids Coaches sponsored the tournament, providing medals and cash prizes to the top 3 places.  The chosen charity was Help at Home, who received a cheque for 542 euros, which was later topped up to 600 euros by Rob of Westvilles.