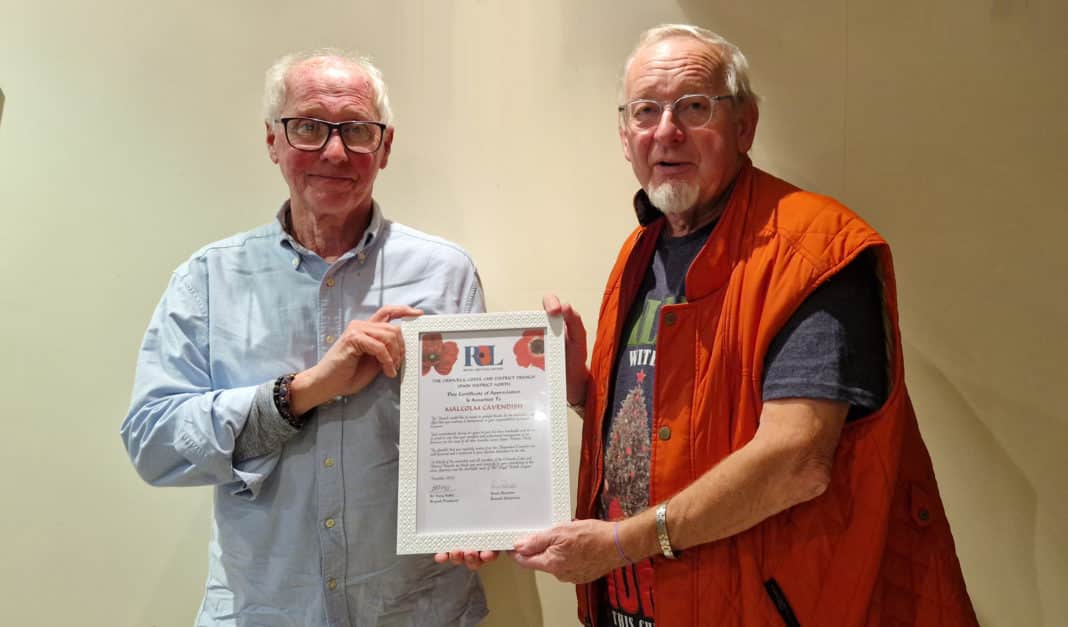 Following his appointment as the new President of The Orihuela Costa and District Branch of the Royal British Legion, Dr Tony Fuller carried out his first official duty following last Thursday evening’s committee meeting, with the presentation of a Certificate of Appreciation to Malcom Cavendish.

Malcolm has been the Treasurer for the last six years, in which time he has progressed the branch accounts from a basic double entry system to the LOMAS computerised accounting method, one of only a handful of branches in the country that has adopted the advanced RBL practise.

In so doing he has received much praise from the RBL National Auditor who has commended him time and again for his professionalism in the role. The citation also congratulates Malcolm on the contribution that he makes to the aims, objectives and the charitable work of The Royal British Legion. 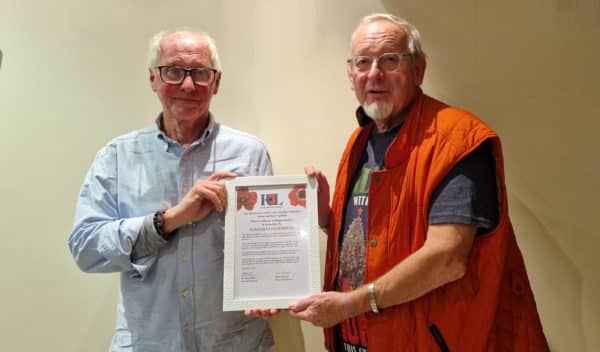