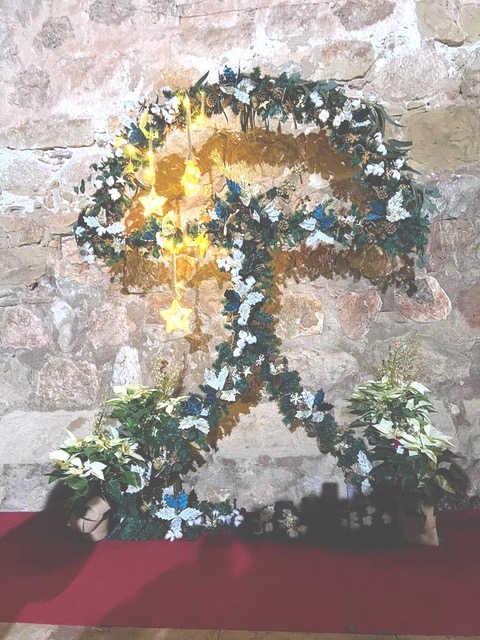 Mojácar has inaugurated the “route of the lucky Christmas indalos”, which runs through the locality’s old town’s most emblematic points.

A route and some indalos that are creating a Christmassy atmosphere in a town which awaits, with a great deal of excitement, the results of the well-known chocolate brand Ferrero Rocher’s “Together we shine brighter” Christmas campaign.

Five indalos in total, with their own name and theme, that have been entrusted with spreading their “magic” to give a helping hand to Mojácar and that final “nudge” that, along with everyone’s votes, leads Mojácar to shine as it deserves.

A delightful pedestrianised Christmas route that starts in Plaza Nueva, where the first indalo, the “Golden Indalo”, decorated in Ferrero Rocher gold, welcomes the visitor, inviting them to discover them all, one by one, as they move on to the Church square, Plaza del Parterre, Plaza del Frontón and the final one in the Multicentro in front of the Mojácar Pueblo Tourist Office.

The initiative comes from the Walt Was Here Association, which follows the steps of the possible Mojácar origin of the well-known Walt Disney, from the Mojácar Pueblo Traders’ Association, the Multicentro Community of Owners and Mojácar Council.

Los indalos have been decorated by these associations, the majority by Raquel, from Akra, who, in the name of the whole of Mojácar, has pinned the hopes of the town, children and grown-ups, on a Christmas that will now anyway be different.

There is no doubt that the indalos will bring luck to Mojácar and to everyone who visits it. The emblem of Almería and of this locality in particular, they are ready to reaffirm their magical and lucky character for the occasion.

In the wake of this excitement to shine more than ever, as well as the illuminations provided by the competition in the event of winning, the locality’s different associations and local residents, want to programme other involvements in the village in support of what it would be from Ferrero Rocher.

Mojácar appreciates the support received from the region and from Almería province, as well as from many parts of Spain and even beyond our frontiers, calling for one final effort for this final and definitive stage.