Three different on-line forecasts predicted winds of 10 to 13 knots on Sunday December 4th, perfect for the SAMM race competitors. What did they get? Zilch, nada, a flat calm.

The race officer decided to postpone the 11.00 start of the first race to 11.30, then 11.45, then an hour but by then the competitors were getting restless so he took a chance the wind would build in and started the race at 12.00.

But still nothing except a faint breath of air occasionally which enabled the two smaller, faster Shoestring Group dinghies to commence racing but two of the bigger Balaton Group boats could not even make the start line and retired after multiple attempts.  The third Balaton did manage one lap but took 30 minutes and then was becalmed about half way round the second lap and decided to call it a day.

This left Cuatro and Omega to battle for the win, Omega finally triumphing with 3 laps averaging 1050 seconds over Cuatro’s 2 laps at 1561 seconds. When you realise that normally, average lap times are between 300 and 500 seconds you can see how slow they sailed. Understandable in the conditions.

Nobody wanted to try for a second race so it was abandoned. Everybody put their boats away and went for lunch. That’s when the wind showed up at about the forecast strength. Somebody’s law comes to mind!

The only good thing about the day was some very atmospheric photographs.

Check out SAMM at www.sailingmarmenor.com 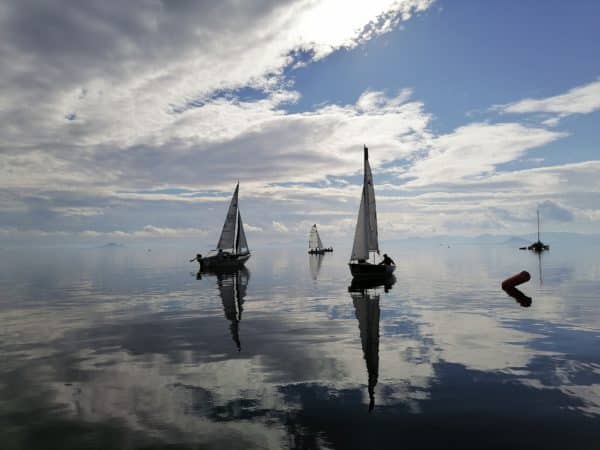 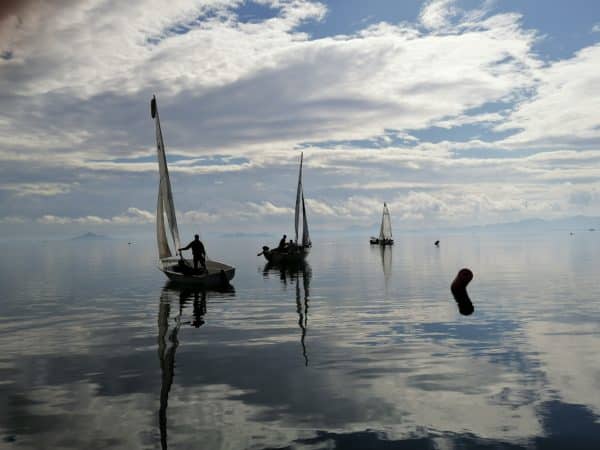 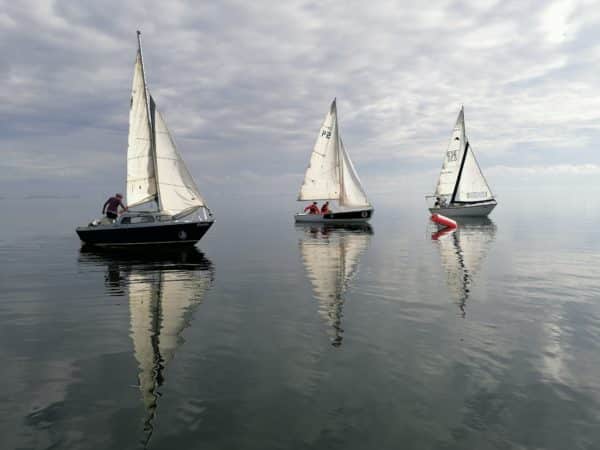 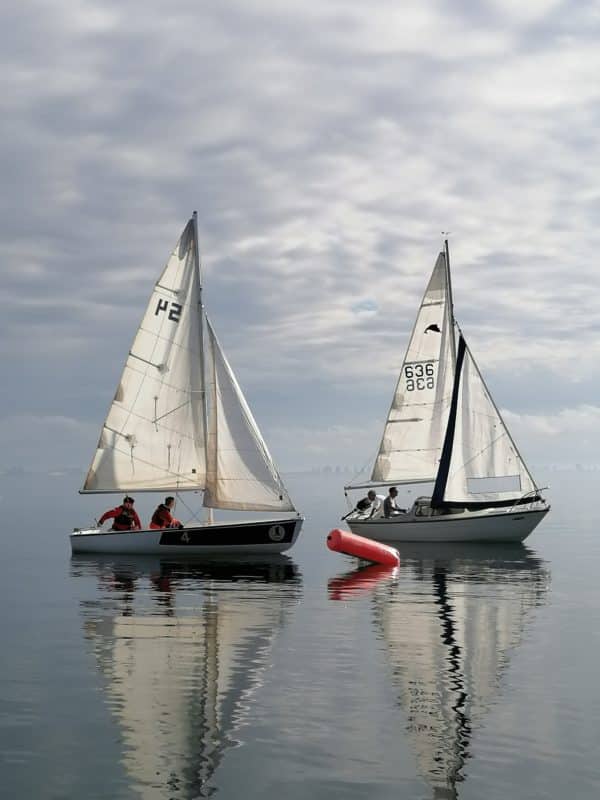