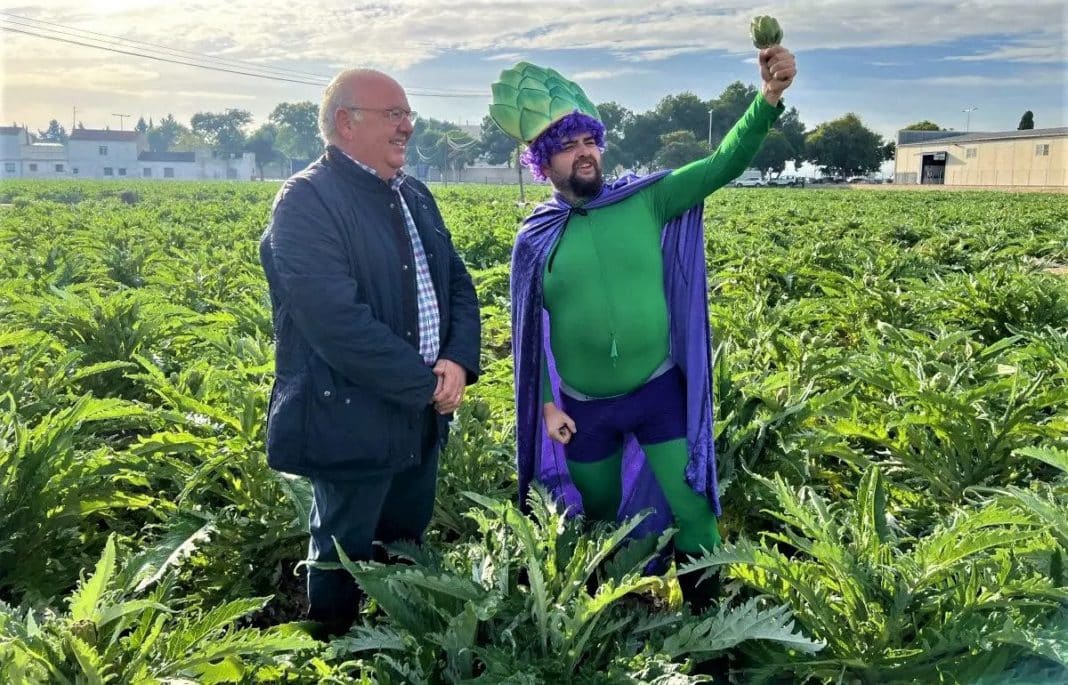 In recent years the Vega Baja Artichoke Association has seen the popularity of it’s product decline to such an extent that, in an effort to created more publicity around the vegetable, and draw it to the attention of the younger audience, Antonio Ángel Hurtado, president of Alcachofa Vega, has now decided to promote it through humour.

Last week the Association unveiled it’s new weapon in the publicity stakes, the superhero AlcasilMan, aka Rafal comedian, Trino Garcia, el famoso trino, who is popular across the Vega Baja through his Facebook page ‘Soy de la Vega Baja’, in which he publishes weekly sketches and videos of his activities across local towns and villages.

Hurtado said that the sector is facing a 35% rise in production costs, due to the effects of climate change, with the longer summers and the heat, which are coupled with episodes of torrential rains and the uncertainty generated by inflation and the political situation surrounding the need for water from the Transfer Tajo-Segura to irrigate the crops.

He told the press that the plan is to produce six videos which will be posted on social networks during the Vega Baja Artichoke campaign in which AlcasilMan will be seen fighting against unfair prices; against people who do not buy seasonal products or ignore the origin of canned artichokes, and the problems suffered by growers due to extreme weather and pests.

And to make the character more appealing to the younger generation, Trino will be dressed in a characteristic green mesh, the essential rigorous purple superhero cape and crowned by an unmistakable identifying hat cut out like artichoke leaves.

The character was unveiled last week by the president of the Vega Baja Artichoke Association, in a spectacular field of artichokes in San Bartolomé (Orihuela).

The beautiful thing, says the famous Trino, “is that our paths have crossed to defend the sector, highlight the work of farmers and the value of the artichoke, an important symbol of local agriculture and a benchmark for the Vega Baja.” 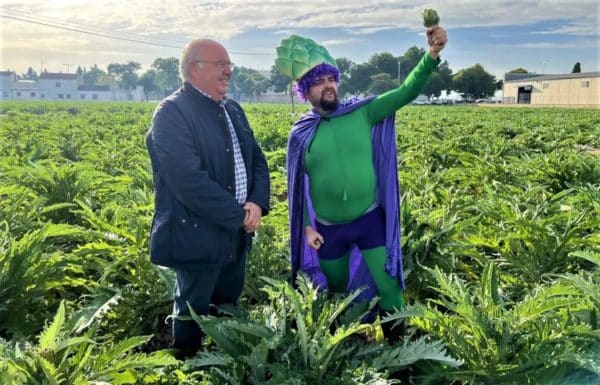