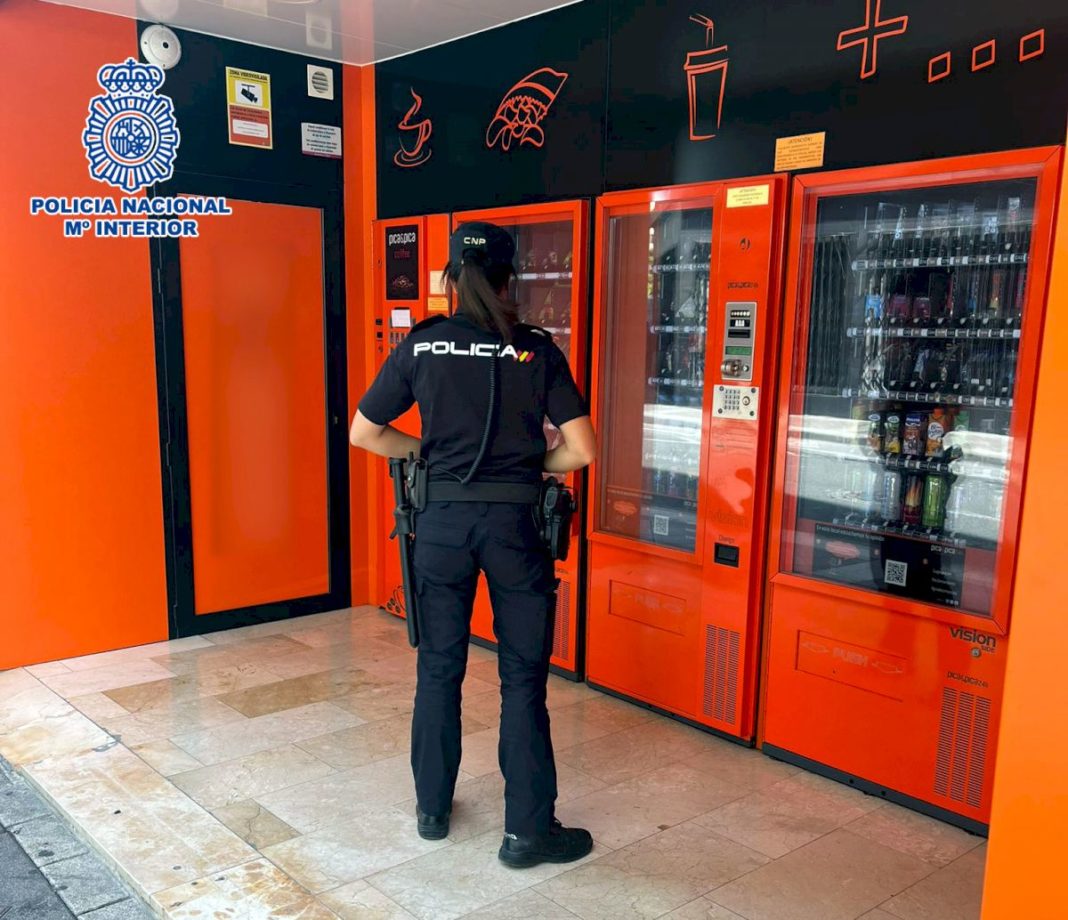 Officers from the National Police have arrested a 20-year-old Moroccan man in Elche, as the alleged perpetrator of several robberies committed against vending machines.

The arrested man, who in just a few days had been arrested up to six times, had a special fixation for carrying out robberies with force on vending machines in 24-hour establishments in Elche.

Using the same modus operandi, always at night and taking advantage of the absence of people on public roads, he seized a nearby manhole cover, with which he fractured the glass of the vending machine to remove all the products from inside.

The arrested man had been showing considerable criminal activity, having perpetrated several robberies with force in a few days, for which reason, after his arrest and being brought before the courts, the Acting Investigating Court of Elche ordered his immediate imprisonment, considering the high degree of repeat offending.