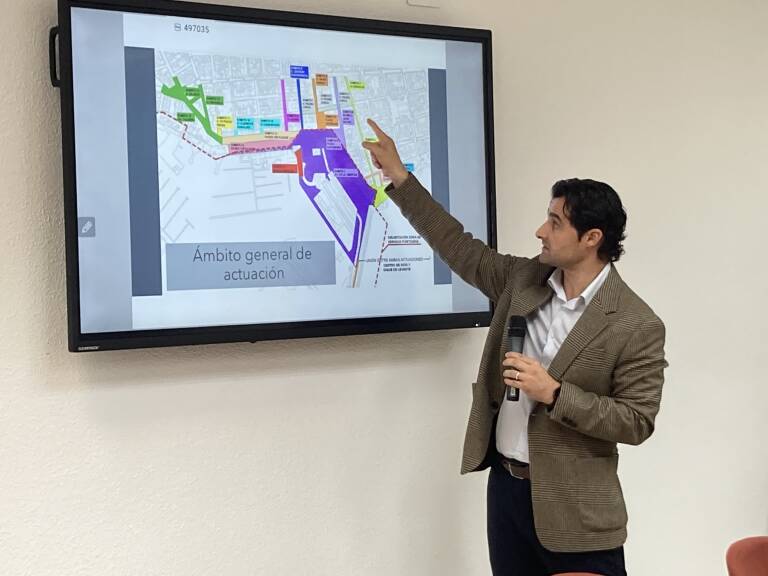 The Mayor of Torrevieja, Eduardo Dolón, has announced the agreement of the Local Government Board of last Friday, November 18, in which the tender for the urbanisation project of the works of the Port of Torrevieja, and areas adjacent to it, was approved, which has to serve as a “great dynamic element for the municipality”, especially the surroundings of the town centre and the seafront.

The early stages of the project were not without controversy, a matter now seemingly resolved, as the mayor explained that the integration of the port area with the rest of the city is the object of this project commissioned by the Council at the request of the General Directorate of Ports of the Generalitat Valenciana.

Dolón recalled that this project is included within the Framework Agreement for the joint project and works management, with an estimated price of 1,700,539 euro (IVA included); and will have a maximum execution period of 5 months.

The current flow of traffic in the area will be greatly reduced by the project, as the idea proposed by Torrevieja Council is to replace the current Paseo de la Libertad, creating in its place a large multi-use esplanade from the current line of buildings on the promenade to the sea, where the amusement fair and the hippie market, endowed with a completely renewed and modernised image. In all this space, traffic will be suppressed, except for emergencies, neighbours and catering services.

In addition, it is intended to carry out the integration of Paseo Vista Alegre and the surroundings of the Eras de la Sal in the adopted solution, constituting a global action area of ​​more than 90,000 square metres.

Dolón explained that the traffic study presented by this project makes it necessary to address comprehensive solutions to control the flow of vehicles entering and leaving the port area, as well as public transport traffic, especially urban transport and taxis.

The first phase of the project will include the stormwater infrastructure works around calle Rambla Juan Mateo, connecting to the port via Paseo de la Libertad. The period planned for these works would be from January to April 2023, with the possibility of during Easter Week and the summer these works do not interrupt the commercial and hospitality activity, as well as not interfering with the traffic of the city.

The second phase would start in September 2023, acting globally on the Paseo de la Libertad esplanade, around Plaza Capdepont, Emilio Castelar and Waldo Calero, making the development of municipal works compatible with the works carried out by the concessionaire.