The fines that have been issued for speeding, recorded by the fixed radar on the N-332 as it passes between Cabo Roig and Campoamor, in Orihuela Costa, are being archived, so that drivers who have received them for driving at more than 80 kilometers per hour along that section of the road will not have to pay them.

José Miguel Sánchez Flores, who has been working on the Orihuela coast as a taxi driver since 1999, has appealed five fines, each of 100 euros, which he received in September, and now he had been told by the General Directorate of Traffic (DGT) that they have all been withdrawn.

The letter he has received from DGT says that “the dismissal of the file is agreed, without any declaration of responsibility.” 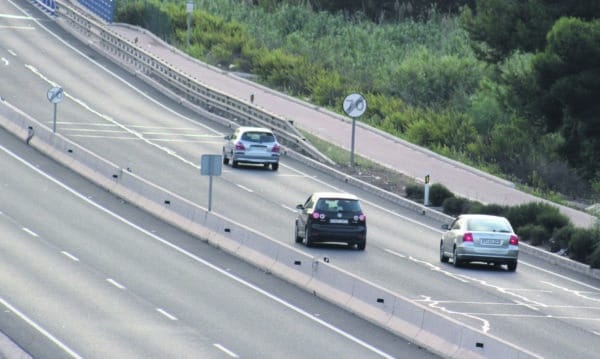 Sánchez Flores is not the only motorist that has been fined for speeding along that particular stretch of the N332. Many other colleagues and residents of the coast, have also received sanctions for the same reason.

But it was Flores who first raised the problem of incorrect signage when he made the local press aware that, although the signage states an upper speed of 80kmh, Spanish law actually allows 100kmh.

Because of this the authorities are now saying that they do not trust the radar cameras so any drivers who have received fines that are still being processed will have them cancelled, while those who have already made the payment can claim back the money they have paid.

For the time being DGT have removed the camera in question although  The Leader understands that this decision is not due to the fact that it was generating undue fines, but rather because, being by the side of the road, next to a cycle path, acts of vandalism, like breaking glass, were occurring almost daily.