The LeaderPutting YOU at the Heart of the Community
Sign in / Join
Subscribe
Home Columnists Bernie Comaskey Drilling, filling and billing – and no killing! 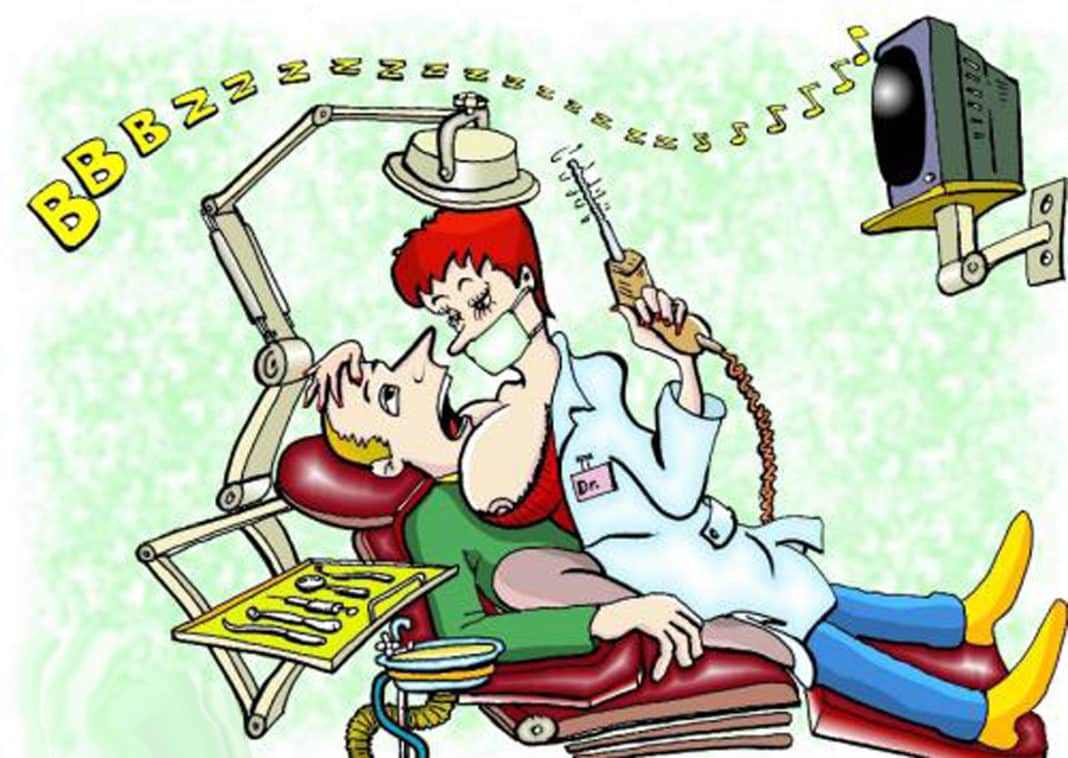 If you asked me to sum up in one word what can bring on mind-chilling terror, put the fear of God into me, and cause my entire life to flash in front of my eyes, that word, my friends, is ‘dentist’! In my miffed mind there is little difference between a dentist’s waiting room and a holding cell in Guantanamo Bay. 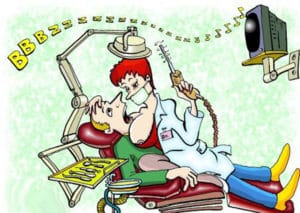 I had a dentist appointment last week – that first such misfortune in a decade; made worse by the fact that I delayed it so long. Apart from my residual dread, there was also the fear of the unknown – as my appointment was with a new dentist, Dr Suzann O’Connor.

My research had established that Suzann is a first class dentist; my fretful phobia interrupted to remind me that there’s no such thing as a good dentist!

Before I got into the electric … I mean, dentists, chair; I took time to emphasise one more time to Ms O’Connor as to the sensitivity of both my gums and my teeth: It was important that she fully understood what she was dealing with here!

Suzann was kind and reassuring – even though I forgot to open my mouth until she asked me to. Now, Lads, I am not in favour of any woman going near my mouth with a shiny metal instrument in her hand … other than Mrs Youcantbeserious spoon-feeding me a tasty morsel from her dessert. And no, Gorls, this is not being sexist: I am not in favour of any man going near my mouth either – with or without anything in his hand.

Before we delve any further into last week’s invasion of my mouth, I need to start this story at the beginning. The scene was set in Johnstown National School, a long time ago.

The dentist came to our school once a year. Teeth that were past saving were extracted and the school yard reminded me of Harrises’ yard after Arthur Carr skulled the cattle. But the ones who got the teeth out were the lucky ones and I never fell into that bracket. For me it was drilling and filling. No aesthetic for fillings, the drill hopping off a nerve and this torture turned me into what I am!

Jackie Bray was the dentist – the popular local boy who made good. He knew my family because he used shoot on our bog. “Any ducks down there”, he would enquire as he guided my head back on a stiff wooden chair. If Mr Bray asked me. “Where do you want to be buried”, I would have given the same stammering answer, “I don’t know …”

I suffered dreadfully from toothaches as a child. A couple of times, my father hopped me up on the back of his motorbike and took me to Collinstown, where another local dentist, Barney Daly, pulled teeth one night a week. Mr Daly was also a nice man and a highly respected dentist; but because my tooth would have been paining me for a couple of days, it didn’t take the ‘freezing’ … but out it came anyway. Daddy would wait for me in Bertie Rowe’s Pub, him having a couple of pints to ease the pain of my suffering.

As a twenty-one year old ‘hardy boy’, I nonetheless paid to be put to sleep to have one tooth extracted when I worked in England.

When I came home from Canada in my mid-twenties, my mouthful of teeth resembled that yellow Swiss cheese with all the holes in it. I went to see Dentist Kelly in Mullingar. Joe Kelly, RIP, was a lovely man who did a tremendous job for me. My opening instruction was that I wished to make an appointment to be put under a general aesthetic, have all my teeth pulled out, and a false set put in the same day. To shorten the story, Mr Kelly talked me into a less drastic solution – and he saved all my teeth.

Joe Kelly’s successor, Dr Michael Drury, carried on that same top-drawer professionalism and one of his work-sites was the inside of my mouth. Michael was good company and we could have been even better friends – but every time I met him out, the word ‘dentist’ practically blinded me.

Ten years ago I had a major job done in Spain, where all my remaining teeth were filed down and capped. ‘Apple Dental’, did superb work for me – but I still walk the other side of the road when I’m passing the clinic!

Suzann O’Connor is my third generation of dentists at her practice. A significant link between all three, is Caroline, the ever-helpful receptionist. Dental assistant Susan, completes a perfect team.

So, dear readers, you no doubt expect me to finish off here by stating that my fear of dentists has finally abated, and that I’ll have no bother going back into the care of Dr Suzann?

Caution is what we call cowardice in others

You Can’t Be Serious – In praise of An Post …