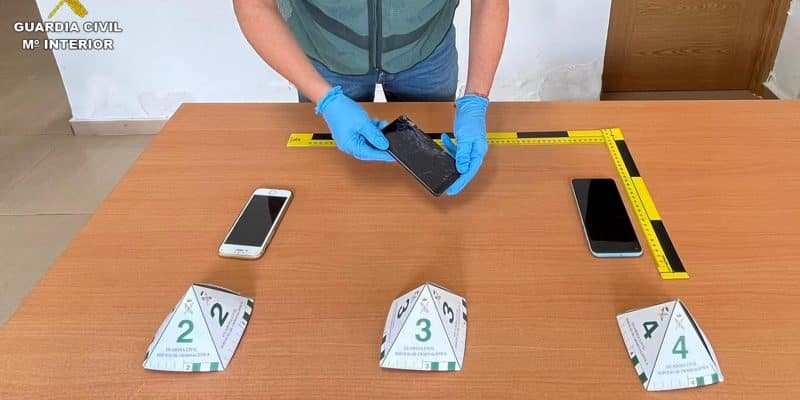 The Guardia Civil arrested a man who is charged with four robberies, a theft, a fraud and a crime of serious injuries committed in a month and a half in the town of Callosa de Segura. Three of the robberies were committed using “strong violence”.

The first of the crimes of robbery with violence attributed to the detainee dates back to September. While a 59-year-old man was tying his shoelaces in the vicinity of the Callosa de Segura market, with total disregard for the victim and using great violence, he yanked a shoulder bag from him, throwing the man to the ground.

Later he committed two other violent robberies. One of them, on October 11. On this occasion, the victim was a 16-year-old minor, whom he threatened, hit repeatedly, and threw him to the ground until he managed to snatch his mobile phone.

The third of the robberies with violence was committed on October 14 at night. Several friends were meeting in a local park when the author approached them and asked them for cigarettes, to which they replied in the negative. He then pounced on a 27-year-old young man, immobilised him by grabbing his arms and, pressing his knee against his chest, searched his pockets, stealing everything he was carrying. The victim tried to resist and together with his friends ran after him trying to stop him from running away. To escape, the author gave them several blows and bites, causing some serious injuries.

Days after this event, while this last victim was with one of the friends from the other time in the same park, the suspect returned and without saying a word and from behind, hit him on the head leaving him semi unconscious, probably as retaliation for having tried to resist on the previous occasion. The victim suffered serious injuries that required medical attention.

After hard work collecting and analysing data, the agents of the Guardia Civil of Callosa de Segura, in charge of the investigation to clarify the facts, found the identity and whereabouts of the alleged perpetrator. A 22-year-old man of Moroccan nationality was arrested in Callosa de Segura, who has a record for similar acts.

In addition, the agents have been able to verify the implication of the accused in a crime of robbery with force inside a vehicle, a crime of theft inside a vehicle and another of fraud for fraudulently using a bank card from one of these robberies in inside the vehicle.

All these crimes have been committed between September 8 and October 17, in the town of Callosa de Segura. The Court of Instruction number 3 of Orihuela, which hears the case, has decreed the imprisonment of the alleged perpetrator.