Three goals down by half time, this was not the Thader that we have been used to watching during the early part of the season.  Frankly the first half performance was awful with their only contribution being a share of a scrappy opening period.

Sporting their new ‘all black’ centenary kit at the freshly relaid Enrique Moralles Stadium, it was the man in pink, keeper Chema, that was earning all the plaudits, without whom the damage at the interval would have been a whole lot worse. Thankfully, a string of magnificent saves kept the scoreline down to just three. 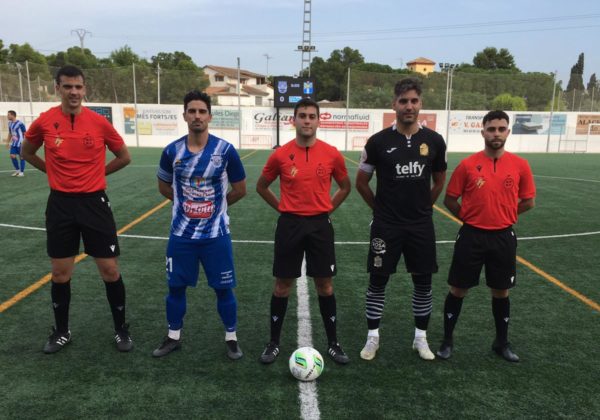 Thader rarely looked capable of providing a response, with their best chance of the first half, a stoppage time strike, by Quino.

But with a hat trick, Crevellente’s Guille was on fire. Two of his 3 were prodded home from close range, but in the manner of a true striker the no 9 was always where he needed to be.

A hint of suspicion for the first, in no way detracted from his fine performance.

Thader were marginally better after the break, courtesy of 4 second half substitutions, but it was still the home side that enjoyed the majority of the game.

Indeed, but for yet another marvellous save by Thader MOM Chema, Guille would have bagged his 4th midway through the 2nd period.

The addition of club president Lloyd added a little bite to the visitors defence, clearly evident by a booking within 5 minutes of his onfield arrival, but the team were sadly lacking in both urgency and determination.

This was probably the visitors’ worst performance of the season with Raul Mora’s side largely limited to chasing shadows, particularly in the first half.

Let us hope that we see rather more next week in Sunday’s local derby against Almoradi.