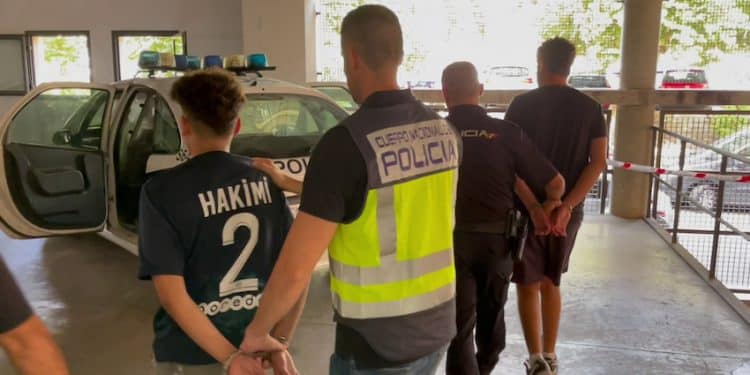 Officers from the National Police have arrested three men in Orihuela accused of committing various robberies with violence and intimidation of minors.

According to the complaints filed, they approached their victims in an intimidating manner and asked for their mobile phones to make a call. Once the victims agreed to lend them the mobile phone, the detainees threatened to steal it or break it if they did not give them money. If the victims did not accede to the requests of the detainees, they even attacked them to steal the money or valuables they possessed.

To ensure the robbery and not encounter much resistance, they chose minors as victims of their robberies, whom they violently intimidated or even beat.

Thanks to the hard investigative work carried out by the agents of Group I of the Judicial Police Brigade of the Orihuela Police Station, the three perpetrators of these violent robberies have been arrested.

The three detained men, between 18 and 20 years old and of Moroccan and Spanish nationality, were placed at the disposal of the Orihuela Court of Instruction, which decreed provisional release for the detainees awaiting trial.