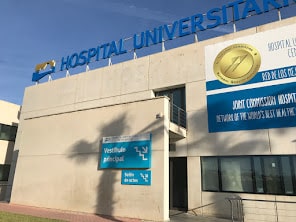 Medical staff working at Torrevieja Hospital, many of whom are dealing on a daily basis with the fallout of the change in the hospital´s status when it entered into public management, a situation seen as disastrous by many, are now facing a new struggle, as they try to get paid the same salaries they were receiving before the revision.

A lot of medical staff have left the now public-run hospital and taken jobs in the private sector, adding to the multitude of problems the hospital has faced since Ribera Salud were removed from the management of the facility in October, but according to the Central Sindical Independiente y de Funcionarios (CSIF) union, the public management are not helping to retain those who remain.

The CSIF union has denounced that the Ministry of Health “is failing to pay the amounts above what is established in the collective agreement that certain professionals were paid” in the Torrevieja Health Department from Ribera Salud.

CSIF points out that these amounts were on their payroll “despite not being reflected in their contracts.” The union indicates that the payrolls have been presented as supporting documents for payment of the salaries agreed, but the Valencia Ministry of Health justifies that “these are not reliable documents” and that “it will not continue paying them.”

CSIF advances that it has made its legal services available to the affected workers to advise them when presenting the “timely judicial complaints”. However, they are once again asking the Ministry to maintain these salaries.