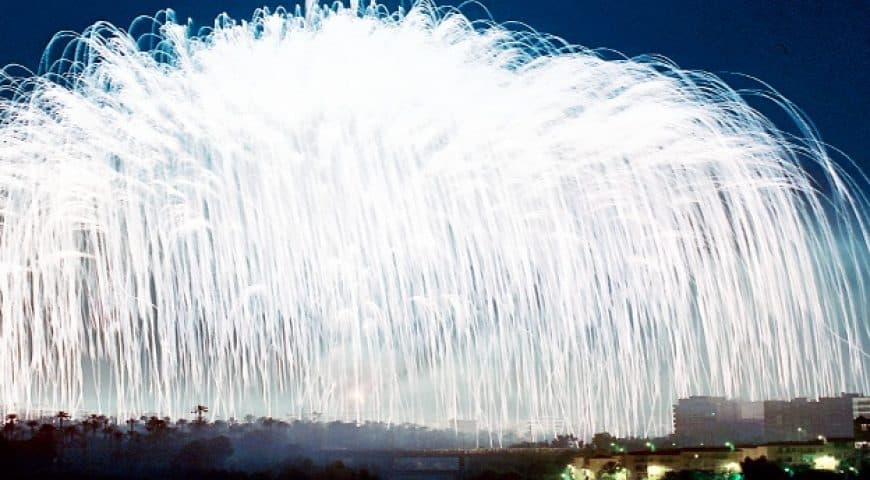 After suffering a delay of a couple of days due to the weekend weather conditions, the results of the Nit de la Albà fireworks fiesta in Elche have been released, revealing that 20 people were injured on the night, one of them seriously, which is a reduction of about 50% compared to 2019.

The worst injury was to a 20-year-old woman who was injured in the eye by a firework, while another ten people also suffered minor injuries, mostly caused by the falling fireworks. Four of the 20 people were injured within the zone delimited for the launching and the remaining five due to the manipulation and use of pyrotechnic material. Of the twenty people injured, ten were women and ten men.

The Councillor for Security in Elche, Ramón Abad, has pointed out that this year no serious incident should be highlighted, due to the good behaviour of the people of Elche. “The desire to celebrate the holidays with intensity has allowed us to have very safe parties in which no major damage should be highlighted,” he said.