Both Diana Box and the club representatives said that it is one of the most important tennis tournaments in the Valencian Community, now achieving an official ranking by the Royal Spanish Tennis Federation (RFET). It is also included on the Spartan Tennis Tour national circuit, and on the IBP Tennis Satellites.

On this occasion participants will feature across the whole range of categories including Benjamin, Alevín, Infantil, Junior, Open and Veteran. More than 300 tennis players will take part in the tournament, of which 8 are ranked amongst the 100 best players in Spain.

Charo Esquiva, the current champion of Spain in the Infantil category and a semifinalist in the European Championship will also be taking part.

There will also be 2,000 euros in sports equipment for the finalists.

All the tournament information on the club’s official website: www.clubtenistorrevieja.es 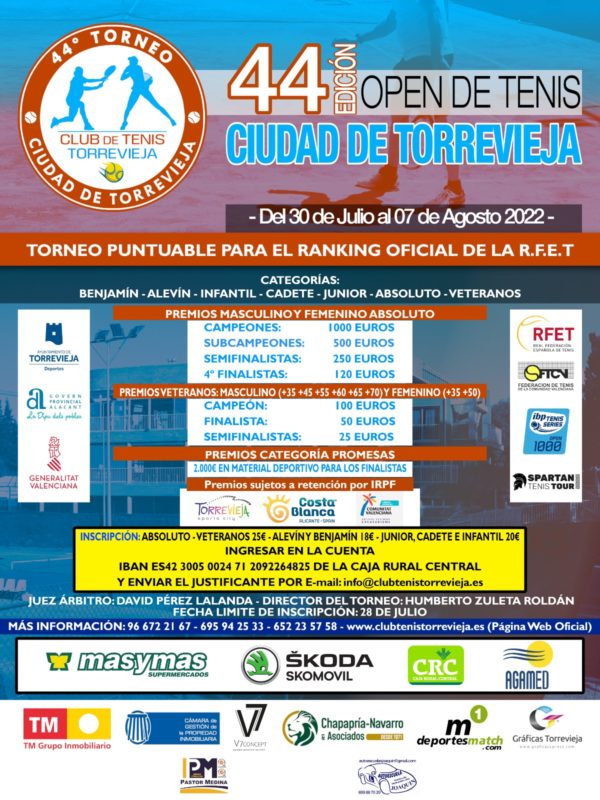