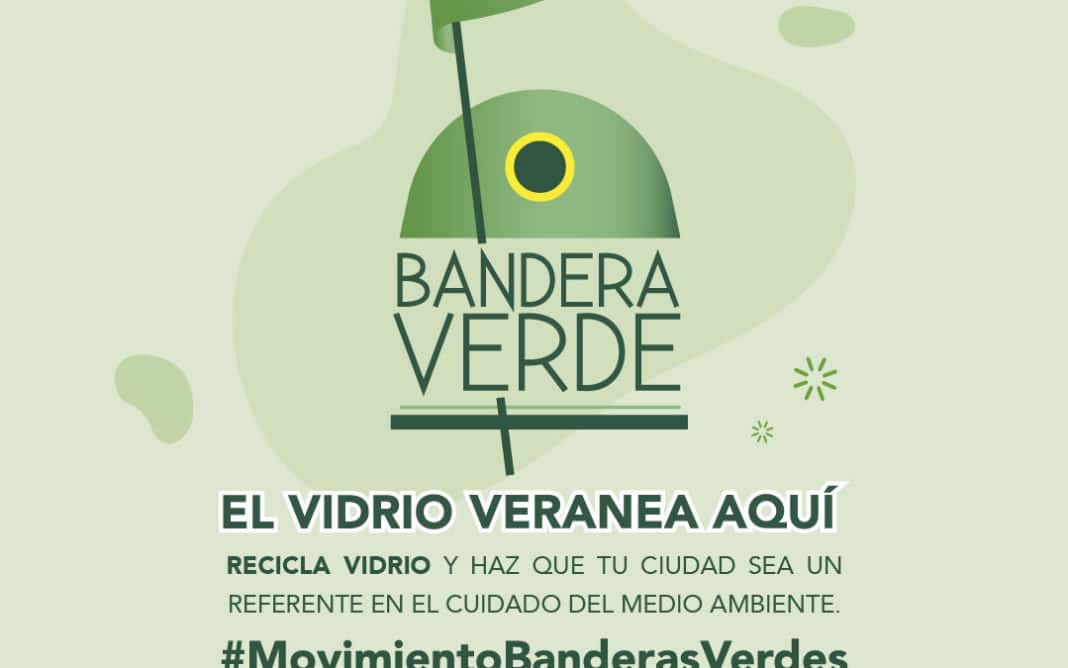 Santa Pola is amongst 39 municipalities of the Valencian Community hoping to be recognised in the third edition of the Green Flag movement, which recognises efforts in recycling, supported by both the Council and 204 hospitality establishments in the town. Together they will try to increase the levels of selective collection of glass containers and mobilize the hospitality sector to snatch the Green Flag from Calpe and El Campello, winners of the last edition.

Ecovidrio, the non-profit entity in charge of managing the recycling of glass container waste in Spain, has launched the latest instalment of the initiative, aimed at rewarding the efforts of hospitality establishments, the local hotel industry and the activism of coastal municipalities for sustainability during the summer, especially with regard to the correct management of their waste.

The campaign, which will run from June 15 to August 31, includes actions to respond to the notable increase in the generation of glass container waste in coastal areas caused by summer tourism. In summer, a third of the glass containers put into circulation are consumed and 52% of them are generated directly in the hospitality sector, so their involvement is key to generating a real transition towards a more circular and decarbonised model.

Some of the areas that will be analysed will be the efficient management of waste, energy efficiency or responsible consumption. In a climate emergency context, it will be possible to have a snapshot of the sector in this area and share success stories and scalable good practices.

Green Flags is consolidated as one of the key initiatives of Ecovidrio’s alliance with the hospitality industry. In fact, at a national level, this campaign is carried out in 144 coastal municipalities, in five different autonomous communities and has the participation of almost 15,000 hotel establishments.