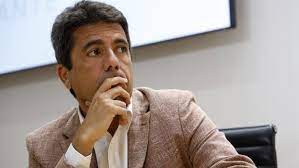 The president of the Valencian Community Partido Popular, Carlos Mazón, has held a meeting with representatives of the security forces and bodies to seek solutions to the feeling of insecurity in the Valencian region.

Mazón announced the launch of a Security Table and permanent dialogue in the face of the rise in crime and the lack of measures by public administrations to reduce crime rates.

Mazón has assured that despite the fact that the agents are giving their best, crime has increased by 30% in the Valencian community, and in the province of Alicante 20,556 criminal offences have been registered in the first quarter, 27.5% more than the previous year.

The largest percentage increase has corresponded to crimes due to injuries and riotous fights, followed by homicides and murders. For this reason, he wanted to highlight the little interest and action on the part of the regional government in terms of citizen security.