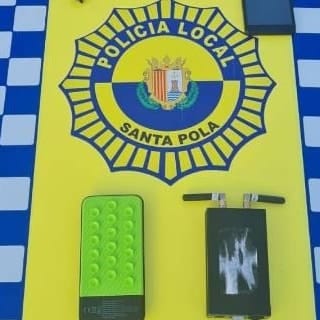 The Local Police in Santa Pola have issued a warning to driver to make sure that their vehicle is locked when you leave it, especially in parking places.

The warning comes after officers stopped a suspect in the car park of a shopping centre in Gran Alacant, thanks to the suspicions of a member of the public.

The officers found that the man was carrying a frequency inhibitor, that is often used to prevent vehicles from locking when the user presses the remote control. Unless the driver physically checks that the car has locked, it leaves it vulnerable to thieves.

As the police explain, the inhibitor blocks the remote control from actually activating the locks, which then allows the thief to access the vehicle, once the driver is clear, and steal items from inside, or, on some occasions, the vehicle itself.

If you are suspicious that you may be witnessing something like this, you are encouraged to report it to the authorities. The Local Police in Santa Pola for example can be contacted on 965411103, or you can call the 112 emergency centre where operators speak a variety of languages, including English.